It is that time of the year when there is music and drum beats being heard all over. There is'nt as much dance, fun and gaiety as it is in Mumbai or  Pune. But then this is Bangalore. Down south and down right conservative.
Ah... that is probably unfair to say the least. Conservative atleast in relative terms.

If you were foolish to go drive on the roads today, you would be pleasantly surprised at how well co-ordinated the traffic is, considering it is the 3rd day of Ganesha and most idols atleast in this part of the country go for the immersion today.

Much has been said every year about using the Clay Ganesha idols who being devoid of colourful paints, would not pollute by dissolving toxins from the harmful chemicals in the paint into our scarce and already polluted water bodies.

Apparently in the good old days, Ganesha idols would be made out of all the mud and slush that was available in abundance by the lakes and rivers beds where floods were receding after the year's heavy monsoon season. Local artists would make their own version of clay ganesha , dry them out in the sun and use them as a thanksgiving to the powers above for the bountiful rains showered upon them this year that would ensure a good harvest and therefore a prosperous year ahead.

The ganesha idol from every house and neighbourhod would then be taken out as a procession and immersed into the water source pretty much from where it came. ( Even Gods need to be recycled) amidst dance, music, food and high spirits ( literally and otherwise) across cross sections of people.

PUDCHYA VARSHI LAUKAR YAA - translated from native Marathi means come soon next year.  The version which has many creative iterations in the later sentences have the first two standard lines which go like this 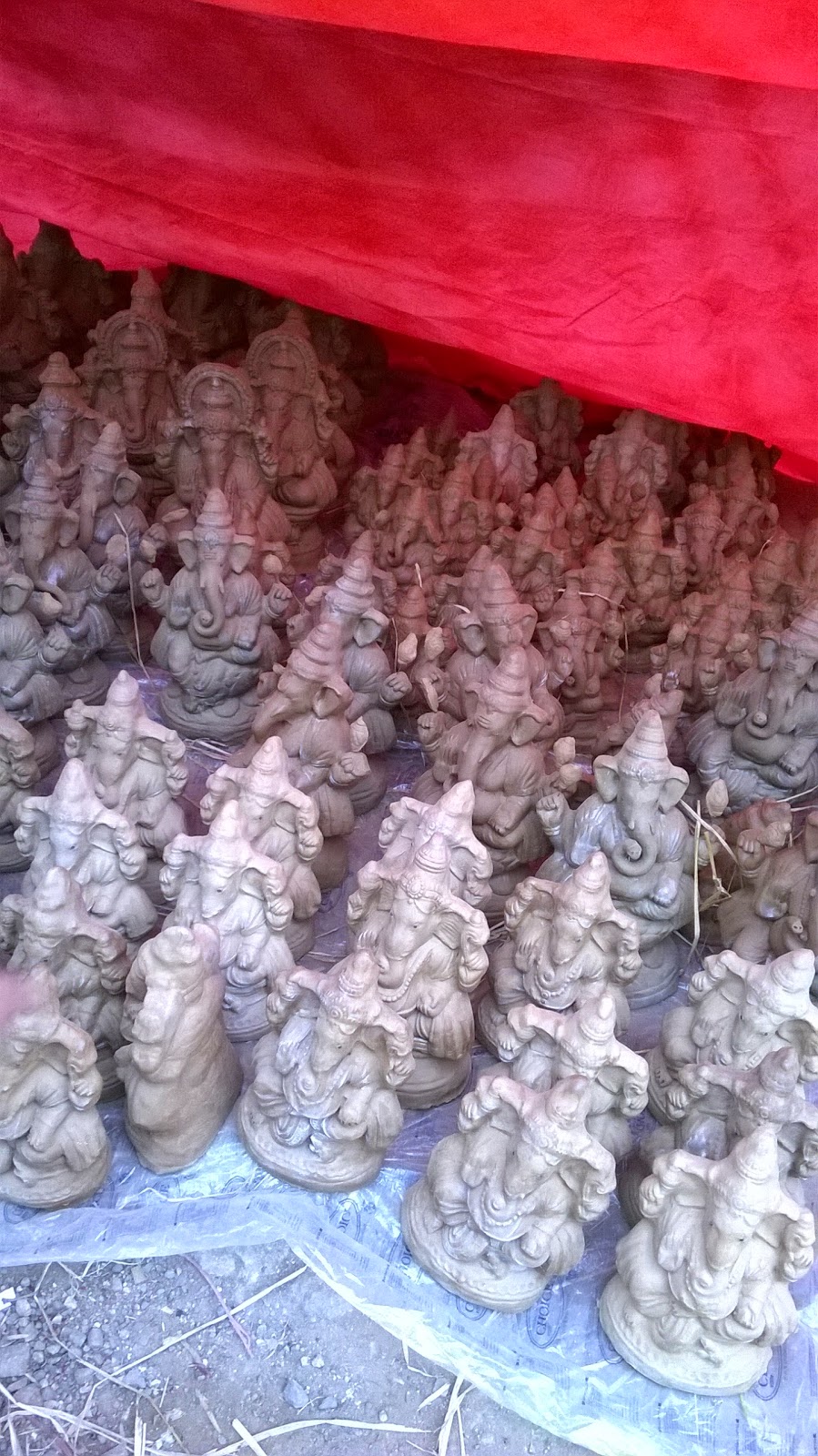 
It is that time of the year when we need to start worrying about our already scarce water resources getting polluted with Ganpati idols big and small. If they were made entirely of clay, it would'nt be an issue as nature ensures recycling and it would all sustainable. But then few manage to resist the glamour quotient that the big colourful ganpati idol brings with it. Big pandals and many households still buy a brand new colourful ganapati for the festivities. 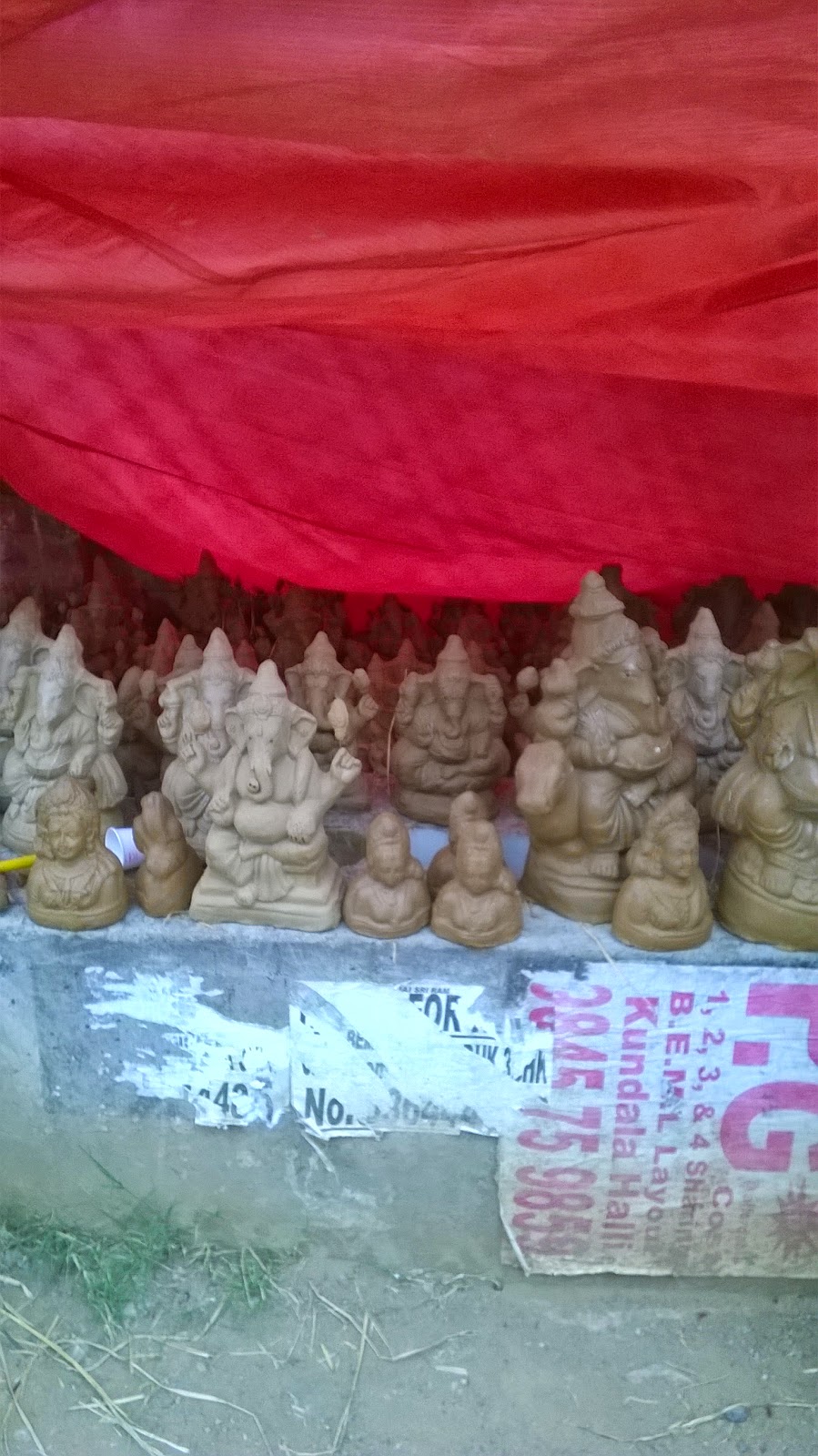 The change is coming is slowly and steadily. Schools this year educated the children about the ill effects of colourful Ganpati idols polluting water sources and asked the children to insist  that their parents buy a non coloured clay idol this year. It is heartening to see the Pester power of children  being put to use for good causes. 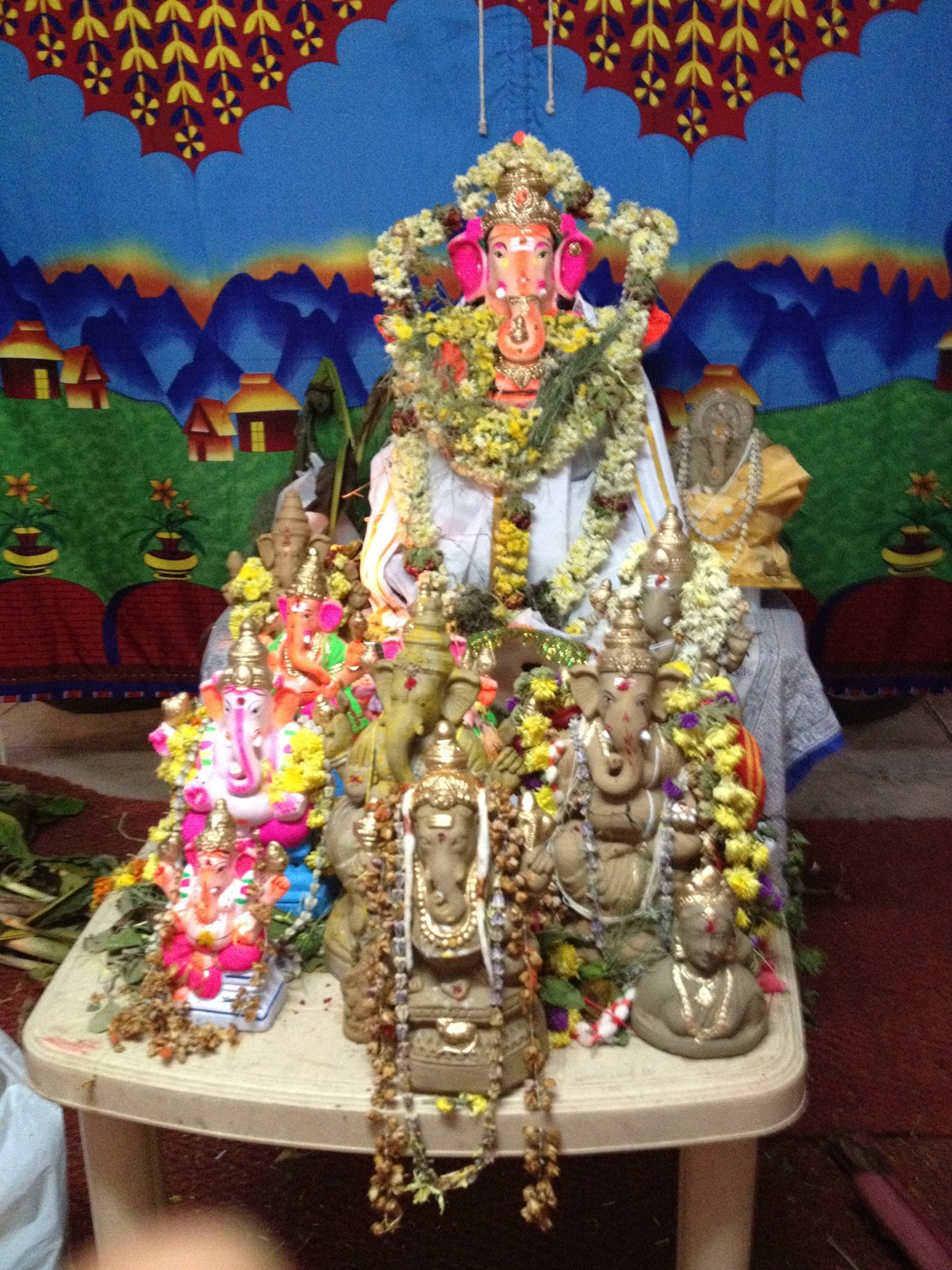 This year, the roadside hawkers carried coloured  and painted plaster of paris versions in equal measure as they carried the non coloured clay version for sale.

The change is coming in people's consciousness, albeit slowly.

As eco-sensitive consumers, our Ganesha this year came from a hawker who only sold the non-coloured clay version amidst drizzle and downpour two days before the festival.

Our Ganpati did'nt look as glamorous as the ones in other households.
But we did end up making our own value statement.  ( First it was the Kitchen garden, then we were composting our own waste and now a clay ganpati !!! )

Soon it will be cool to have clay ganpati idols in every household.

A GANPATI WITHOUT COLOUR WOULD BLESS JUST AS ABUNDANTLY .... ( Well probably more abundantly )

- August 31, 2014
Email ThisBlogThis!Share to TwitterShare to FacebookShare to Pinterest