With the Oscars round the corner it was a weekend of movie binge.

And I am not over yet.
Here is a round up based on what I have watched and from the recommendations from Pipinghotviews

My first experience with Black comedy.  It took me time to figure that out.

If you thought Shah Rukh Khan did a great job in My name is Khan , check this one out.  Not a word on asperger’s syndrome, dyslexia or whatever that is. And yet  3 minutes into Benedict Cumberbatch’s stunning performance and you know exactly what it is ...
Benedict Cumberbatch better win the Oscar for this one.  Even if you are not the types who sheds tears at the movies here is one performance that can choke our emotions .  It is a movie that lingers on well after you are out of the movie hall.  The production design has done a commendable job in depicting England of the 1940’s and the 1950’s. Not to forget the Turing  machine .

American family Drama.  But what sets it apart is that the film has been shot in over 14 years tracking the boyhood of the protagonist and all others in the movie.  To have consistently maintained the gumption to finish the movie needs to be commended.
Nice performance by all.

J K Simmons makes you feel he is real evil personified.  Just for that alone he deserves the Oscar. Wonder why this has been under the Best supporting actor category ..
This in my view derserves the nomination under best actor .. never mind ...

For a happy-go-lucky satire it is a movie with a ending that leaves you with a feeling of melancholy. Seems like an Oscar favourite.  Could face stiff competition from some other hard hitting movies. 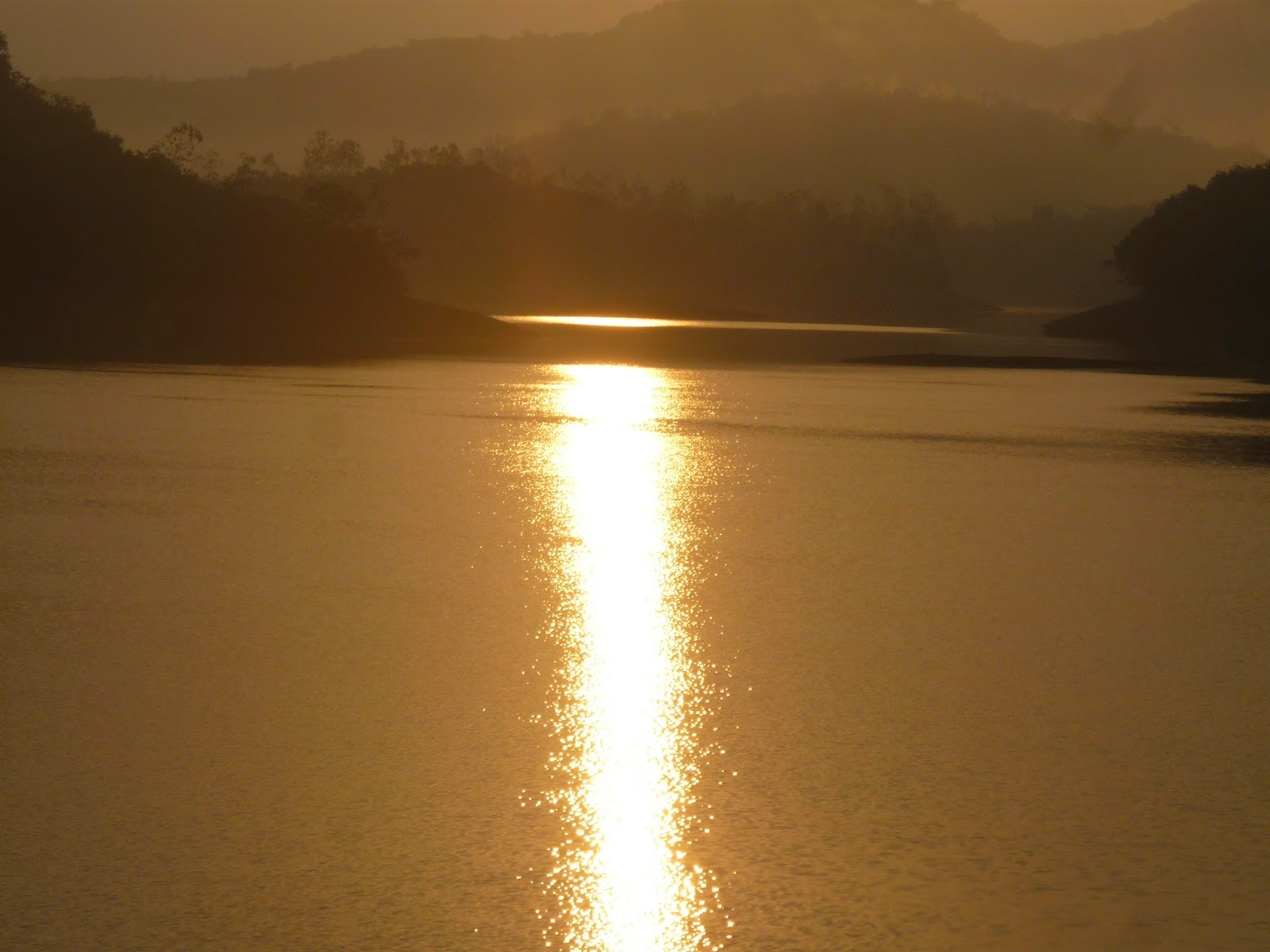 Submitted for the Thursday photo challenge where the Theme this week is Shine.

For some fabulous photographs on the theme shine visit http://www.spunwithtears.com/thursday.html
- February 15, 2015 No comments: Links to this post
Email ThisBlogThis!Share to TwitterShare to FacebookShare to Pinterest 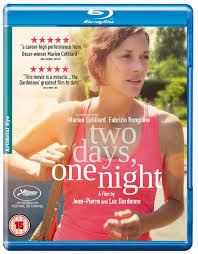 A Simple story set in a small town in France or Belgium (or wherever else) in Europe.

Solwal a company that manufacturers solar panels ( or whatever else) is facing stiff competition from cheaper ones from Asia.

They need to run a business and decide they do not need 17 but only 16 people to carry on the work. Sandra who is about to return from her sick leave is the one chosen to be laid off.
A vote on Friday influenced by the Foreman Jean-Marc has decided that the other 16 would choose between giving up their annual bonus or letting go of Sandra.

Juliette and Sandra have asked Dumont the Boss to conduct a secret ballot so that the workers can choose how they want to deal with the situation.
Sandra has the weekend that is two days and one night to convince her co-workers to give up their bonus, so she can keep her job which she now needs really badly.

It is indeed a simple story from a small town dramatized a little bit for the sake of story telling. But it is its universal appeal that has made it a big hit among the movies for the Oscar line up of 2014.

The brutal poverty of the working class aiding and abetting horrific poverty of the human  heart .
The dilemma between individual survival and collective compassion.

The thin lines that are increasingly blurring the definitions of

It is a brutally honest analysis of the human condition that has gripped the post 2008 recession working class world over. 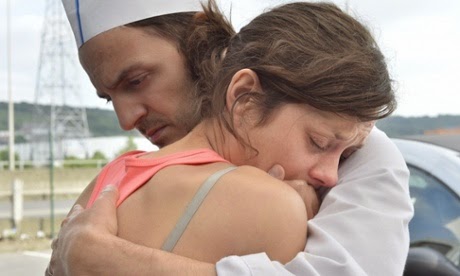 Everybody has a need for that extra buck. That Annual bonus that would pay for the children’s education, for the furniture, for a renovation project, to keep up the temporary job and aspire for that classic oxymoron called the permanent job.
As the cast unfolds, many do believe that it could be their turn  next time. They have taken up a  second job  to brace themselves up for the eventuality. 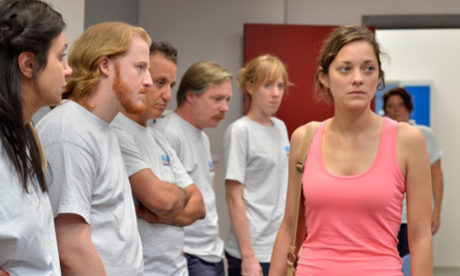 It is a dramatization of a dilemma that could well be a reality being played out everywhere. The fact that the movie is set in France/ Belgium, known for its egalitarianism and better rights for their workers is possibly a deliberate take on how labour class collectivism is slowly eroding away giving way to the Crassly competitive Anglo-saxon - American ethos of Hire and fire, and dog-eat-dog survival strategies across the globalized world

A raw,  yet profound movie worth watching for every scene that has been so realistically depicted.  But it is the climax that grips you, transfixes and transports you to yet another world leaving you completely stupefied when the credits roll on.
Like they say the proof of a good creative work is when its after effects linger on long after you are done with it.

Marion Cotillard and the performance by the rest of the cast in Two days one night directed by Dardennes brothers amply reflects this.

Clear out the clutter using Quickr and remain Befikar


Five years ago when I was house-hunting,  I had registered onto a leading online realty search site to look out for rental properties into this new city that I was looking to move into.

That is how I happened to  get Shivappa’s number.  He is this overly-friendly Real  estate agent who (for a hefty brokerage ) got me this rented property. I have moved on since then and a lot of water has flown under the bridge since then. But Shivappa’s number remains on my mobile phone contacts. Or rather mine remains registered in his contacts.

He is one of those who must have come into money brokering rental deals for thousands of migrants like me  that flocked this city in the last few years. I suspect he is the kinds who thoroughly reads all those self help books, on how to sell refrigerators to an Eskimo or peanuts to Osama-bin-laden. He, for sure takes his contacts seriously and has them mapped in the list of potentials.    His only fault was that he pitched everything to all his prospects.

Last year he even added me on to his whatsapp.  From his perspective whatever is up , he promptly cold calls me even if I have shown complete disinterest in each one of his sales pitches in the last five years.

Villa sites in Hoskote, new residential property that is coming up in Budigere, farm houses in Mysore and Ooty and even a godown space in Hosur. Every time he had his proposal for me, he had promised it would appreciate 200% to 300% in the next two to three years.

If I told him I was busy at work, he would say he could call me after working hours.

If I told him I did not have the money, he would tell me he would run around and get me the loan.

If I told him I was disinterested he would tell me he was my well wisher and did not want me to regret this three years from then on when Bangalore would be the next Singapore.

Well, if you saw the garbage piled up around the approach road to his office, there was no way in hell you would even fathom how Bangalore would be the next Singapore.

But Regret I did. I did not regret not having invested in his properties.
I regretted having given him my mobile number in the first place.

Shivappa continues to try his luck with me to this day.
Trust me  when I say he is a pain at the wrongest place and time.

Actually, the last time I had a nasty fall out with my ex-boss, I secretly passed her mobile number on to Shivappa. :)

Jokes apart, your mobile number is a highly personal one and its access needs to be restricted to people on a need to know basis.

The person you deal with maybe just collecting mobile numbers and selling the contacts to credit card agencies and other spurious people.

Someone who knows you can easily get hold of your mobile number by enticing you on a online portal and that can be dangerous for your safety .

The above three reasons are strong reasons to explain why one time transactions of buy and sell could easily happen without exchanging personal mobile numbers.

Thankfully Quickr has realized it early on.

A mobile app that lets you chat with the potential buyer for all those transactional deals.
This is a feature in Quikr that makes it super.
I am gonna use quikr to clear my clutter.
Go on.... try Quikr /and remain Befikar