I migrated to Bangalore two years ago.  Immigrants like me particularly from the IT industry have swarmed this city, stretched its limits and changed its identity.
What was it like before it became the IT Hub?  What was it like before the HAL, BEML, HMT and IISc other engineering institutions set  up base here ? 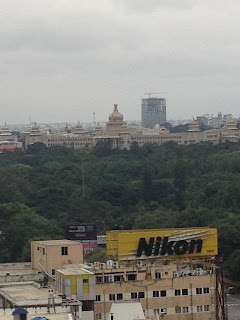 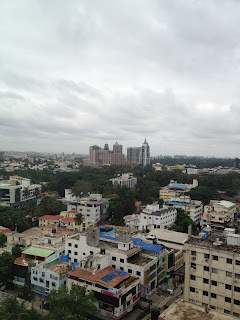 A couple of weeks ago I chanced upon Peter Colaco’s book Bangalore – A century of Tales from City and Cantonment.  The small sleepy city that Colaco describes has indeed  grown too fast and too vast over the last one or two decades.


This Sunday I set out for a Victorian Bangalore walk.  It was recommended to me casually by my sister in law about four years ago when I took her around for a walk in London . I had totally forgotten about this until Peter Colaco’s book nudged me.


I had become interested in  history & culture through a series of London walks over my years in London . I always knew Indian cities were loaded with history and culture, but was never really confident if they could pull off a show that could render history and culture in a practical and interesting way to an international audience. With so much History and interesting trivia loaded, London walks are worthwhile for their two hours of  neatly packaged , informative and interesting  rendering of history through effective story telling and dramatics from their well trainied guides. It is a fitting tribute to a very fascinating city that to me manages to strike that ever elusive balance between embracing modernism and keeping the ancient heritage intact.


To cut the long story short, the Bangalore walk did take me by surprise and awe. Simply put it is as good or even better than some of the London walks I have been to.
We were a group of 25 from literally all over the world. History lovers from Ireland, France, United kingdom, Canada, USA, South Africa and Germany . From old bangaloreans to new age IT professionals, expats on business visits and tourists on a short visit to Bangalore and India. 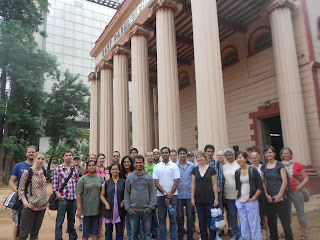 Very well researched and passionately rendered , Victorian Bangalore walk at seven a.m on a Sunday morning  certainly leaves you with a feeling of a morning well spent.

And that is not just because of the sumptuous ( surprise) breakfast at the end of the walk, but all the interesting trivia on history of personalities that have shaped Bangalore starting from Lord Cornwallis, Tipu Sultan , Winston Churchill, George Everest  to  Rahul Dravid & Sabeer Bhatia.

They are so well interspersed and interestingly rendered that you fail to notice the information overload in just about three hours of a Sunday morning that one would have otherwise spent in the bed.
Apart from noticing many other things, you also get to ring the church bells for the Sunday morning service at the Holy Trinity Church ( It is indeed a heavy metal bell and ringing the church bell is’nt for faint hearted …) . 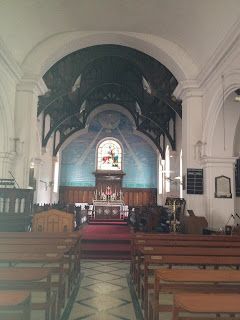 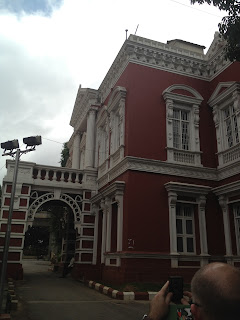 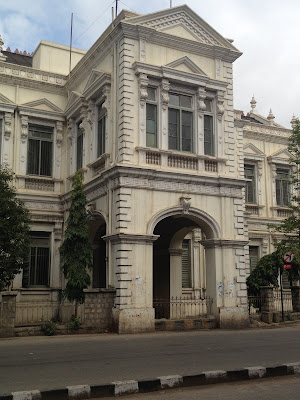 Victorian Bangalore walk also walks you through the changing  profile of the old Architecture in Bangalore showcasing a few old buildings that are still surviving the onslaught of urban development right in the heart of the city. 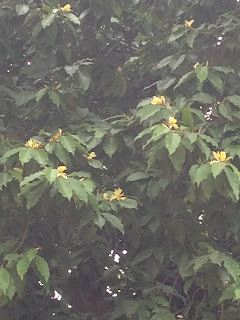 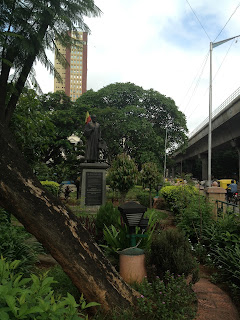 It also explains Bangalorean’s love for trees. About the bright orange gulmohars that came from Madagascar, the Jaracanda trees with purple flowers that was imported from Mexico and the other serial blooming trees that paint Bangalore’s city scape in various colours through most part of the year.

I have made a mental note to do their other walking tour of the Lalbagh botanical gardens.
It is a breezy walk on a Sunday morning across the otherwise busy stretch of M G ROAD, thanks to the Bangalorean’s  Sunday morning slumber making a huge difference to the traffic on the roads.