The Pilgrimage to Silicon Valley


Long ago in 1938 a Prof. Frederick V….of Stanford university  encouraged two of his young Stanford graduates … a certain William  and David to start something of their own rather than go and seek a career with established companies. What was born out this advice was some work in this garage.


As I type this blog on a HP laptop ( nope no ipad as yet J) , it gives me a great sense of awe to think that William Hewlett and David Packard went on to establish one of the pioneering corporations in this garage that paved way to the Information technology revolution that has changed the way we now live in this world.


If you were not a Computer History nerd, you would never find this place.  Tucked in a unassuming street in one of the residential areas around  Standford university campus is this garage of what is still a private property .  ( HP – the corporation could have easily brought this place off for a small change … wonder why they did not and chose to just erect a small plaque on the street. L) . HP garage in the birthplace of what today is known as the silicon valley.


Thanks to google and the GPS , reaching the street where HP garage is located was not much of a problem. Although it was a lovely sunny day throughout , the dusk had set in by the time we reached Stanford university. Dusk in california brings with it chilling ocean winds. Unless you are warmly clothed for the evening, it can


be a chilling experience being outdoors. With some quick photographs we depart the quiet leafy residential suburb saluting the spirit of entrepreneurship William and David set out for in 1938. 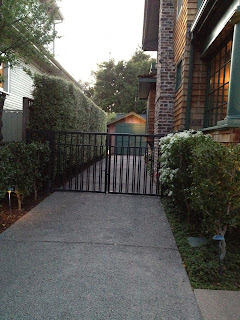 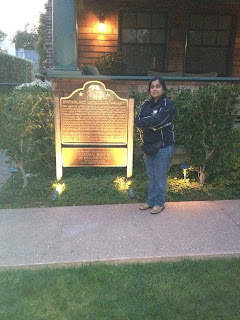