The world is more Indian than you think

The world is more Indian than you think 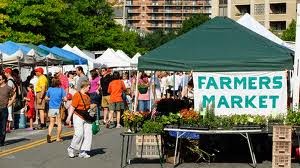 It was a farmer’s market at Hounslow, a suburb in London. The sale was drawing  to a close at 5.00 pm and the British farmer was eager to sell off his stock before the close of the day.

An Indian, a software programmer, possibly  fresh off the boat,  camping in UK for a short assignment , comes asking for ‘Lady’s finger’ .

Lady’s finger, a British import was not native to India before the British arrived.  Even today it is part of the ‘English vegetables’ like tomatoes, potatoes and carrots.  In India they are not cooked  in a home on a day when it is paying its annual respects to its dead ancestors called Shrardh.

Those of us born well after the Indian Independence and who were educated in convent educational institutions set up during the British Era grew up learning Lady’s finger and not its American equivalent Okra, we knew Brinjal and not the American Aubergine or eggplant.

The Indian software programmer asks this twenty something British farmer, how much he was selling the basket of Lady’s Finger for.

What ... Lady’s Finger ? asks the British farmer, a little perplexed. 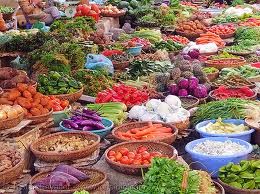 The Indian software programmer tries the American variant and asks how much he was selling the basket of ‘Okra’ for.

Oh ... Bhindi ... that one is two baskets for three pounds, I can make it three for three  mate.... the British farmer attempts to strike a quick bargain.

Sure ... the world is more Indian than we think.

Based on a true incident at the Hounslow farmer's market.
This post is submitted as part of Lufthansa's More Indian than you think.

Please watch the latest commercial from LUFTHANSA on More Indian than you think.

- October 11, 2014
Email ThisBlogThis!Share to TwitterShare to FacebookShare to Pinterest