It is only a tiny seed that randomly sprouted in the pot.
But it is precious.
It’s ancestor came home in November as a part of the baggage of seeds and saplings picked up at the government guest house in Belur.

While many saplings never survived, these magenta and orange balsam seeds  sprouted and spread colour and joy in our little balcony garden. 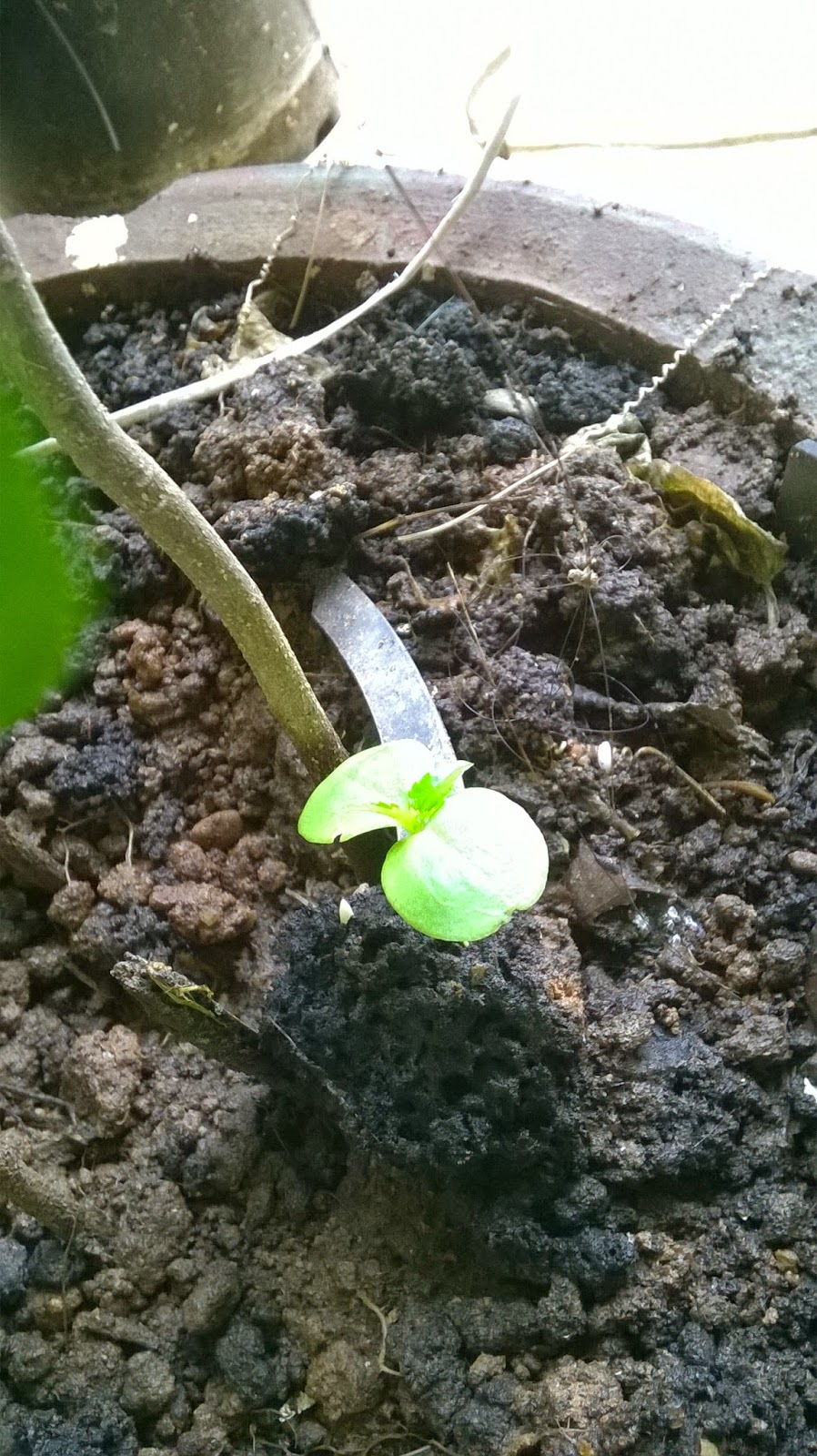 Of the many saplings that flowered none really yielded seeds. It looked like the living memories from Belur would become extinct.

That is when one plant started flowering and looked like yielding seeds. It was a recipient of lot of care and affection that we nourished it, gathered its seeds and propogated the next generation of Balsam saplings.

Here is one of them.  I care for it, watch it grow every morning and evening.
When you care for another living being, its gives it back multifold.
This is when words do not matter.  Because that is a feeling that is beyond  vocabulary. 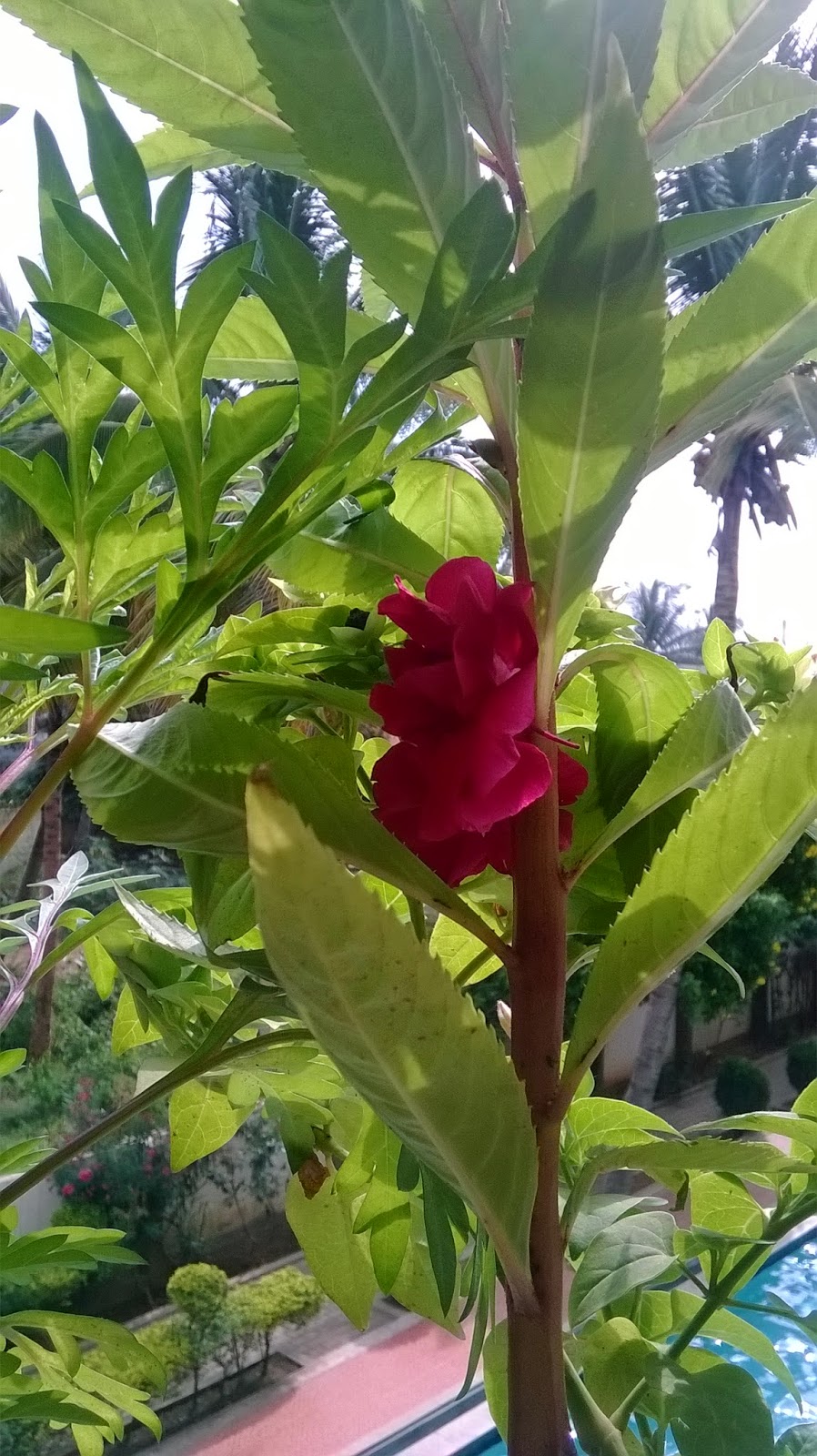 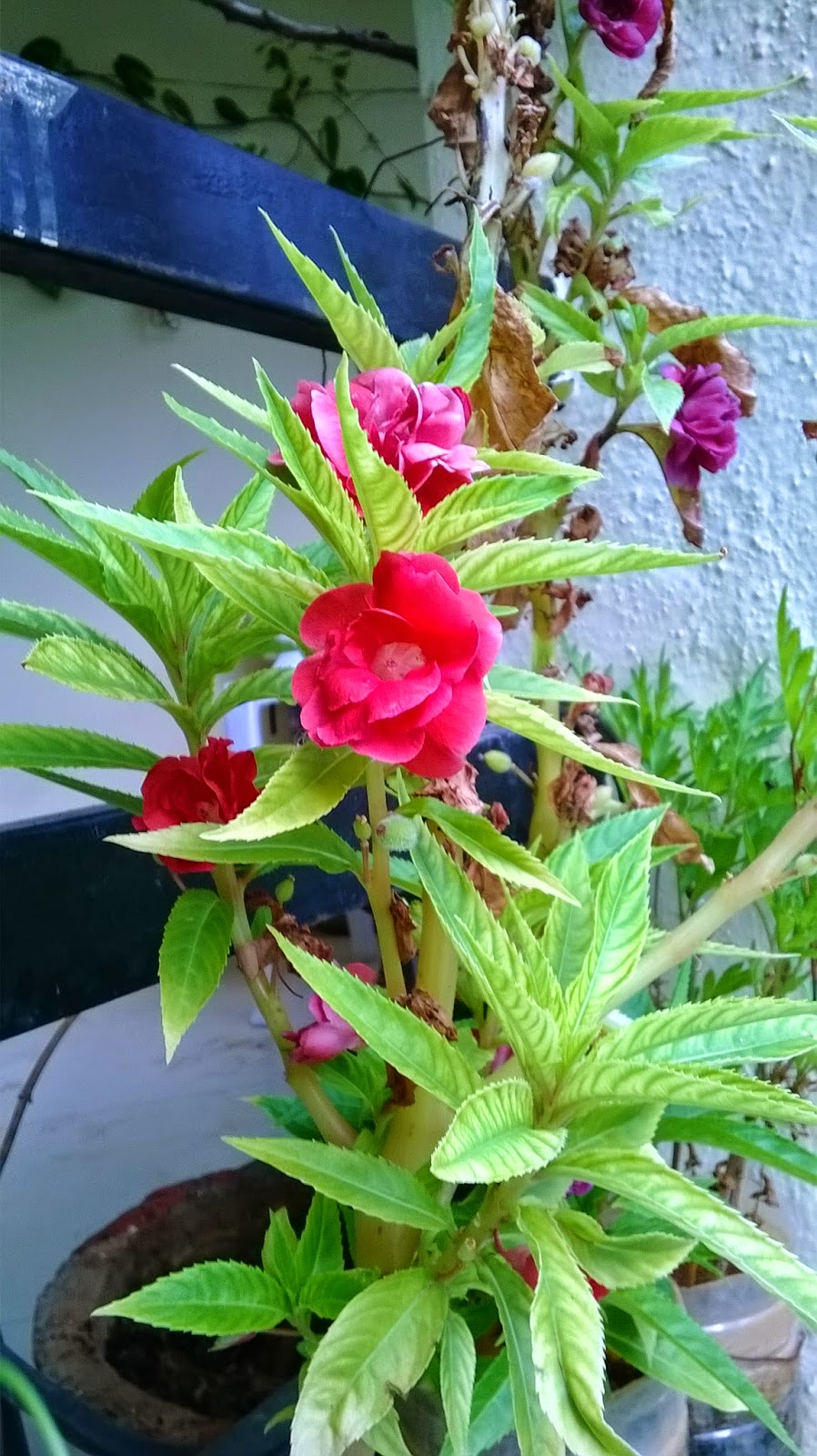 - October 10, 2014
Email ThisBlogThis!Share to TwitterShare to FacebookShare to Pinterest