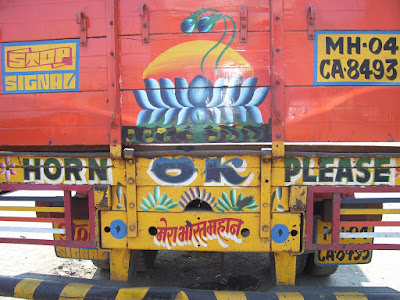 An entire generation if not a couple of generations in India have grown up mildly wondering what ‘Horn ok please’ meant.

Translated in the literal sense it means

'Hey you with evil intent... your face is black'

Sounds like poor translation. Actually it means - hey if you're thinking about messing around with me, well.... bad for you because if you do so, you'll be in trouble.

So much machoism packed in just six words.

We knew what is meant in the literal sense, but it is the context that eludes many.

Written not in the Devanagari ( Hindi) script but in the Anglo Saxon ( English) script India’s truck manufacturers have always maintained a standard.

As the massive macho beast of Trucks traverse through the hinterland of India where the majority of the illiterate population can hardly decipher the Devanagari script leave alone the queens language,  ‘Horn ok please’  and ‘Buri nazar wale tera muh kaala’ have pretty much remained entrenched in the vocabulary of our National highways.

Ah. Not to forget the lotus that is painted in various hues and colors on top, below or besides the middle word OK on posterior of that beastly truck.

Here is one such humble attempt by yet another one.

In the good old days the Lotus was not just the symbol of a struggling political party that was to see better days in the future, but also the brand of a bathing soap that the TATA group manufactured and successfully sold along the hinterlands of India. That is how every TATA truck would have OK painted right in the middle under which was TATA inscribed as the manufacturer of the vehicle as well as  the bathing soap.

Horn Please was a simple plea by the driver of the heavy and long vehicle to alert him if you were planning to overtake him. Those were not the days of eight lane national highways. There was not even a divider or lane markings in much of the state highways. The truck driver had his blind spots and so it was only fair that you honked or rather blew the horn and let him know you were getting ahead of him.

A small piece of publicity for TATA- ka-OK-dhulaai-ka- saabun was the beginning of what today is known as brand placement in the world of marketing and advertising.

Tata ka ok dhulai ka sabun, like any other fast moving consumer good, had a relatively short life span and died a natural death. However the symbol remained.

Somehow vehicles manufactured not only by the TATA motors but also their competitors Ashok Leyland, Eicher and others followed suit with BLOW HORN and HORN OK PLEASE became the mantra of highway driving with a colourful lotus painted in between.

Buri nazar waale tera muh kaala in the Anglo saxon script still requires more research before we can decode the symbolism and solve the a mystery.
Let us concentrate on Horn OK please.

Honking for us is not just that universal expression among drivers worldwide of showing the middle finger or calling out err...a certain anatomy of the other driver’s mother or sisters… pchhh…

Our driving schools teach us to honk.

We need to  honk when we are at crossroads

We need to honk when we want to overtake the vehicle ahead of us.

We need to honk when we make catcalls (eve teasing as we call it locally) at that sissy female driver as we pass along.

Honking is a part of our macho tradition.

In a sexually repressed country like ours the auto driver and the lorry driver seek some
much needed relief by frequently pressing the horn.

Blowing the Horn is entrenched in our 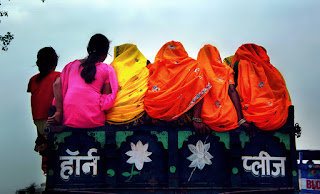 culture. Admittedly we did not have so many vehicles on the road like we have today. No one really complained about noise pollution and there were other sources of pollution to battle with.

But things are changing and India is shining.
It is getting cooler these days.
We now have airconditioned cars and buses and possibly trucks and autorickshaws in the future.

So here comes BEST ( Bombay electric supply and Transport) the public transport provider to the Maximum city asking us to make a change that might bring about some mutation to our cultural and genetic makeup. 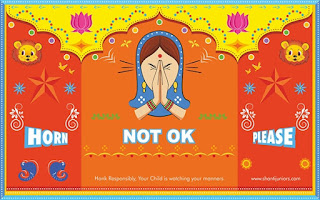 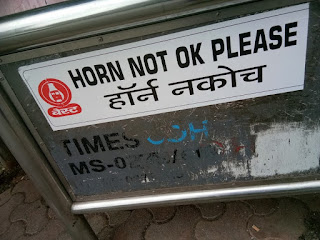 And your first reaction …

Good luck BEST and Rahul Dravid, TATA T20 and all  the rest of their bandwagon. 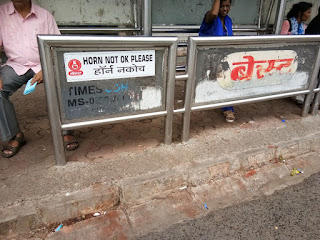 But then on second thoughts, as much as it is difficult to change something inherent in our culture, the change has to begin some day … some time.

And their awareness campaign is  much needed at this point in time.

We need lane discipline and much more quiet and peace on the roads.

Our roads and our buses are rather noisy places to be in and we can surely do with less noise and more speed.

Here goes a couple of other straight forward phrases on the posterior of the trucks that does not need much of explanation. 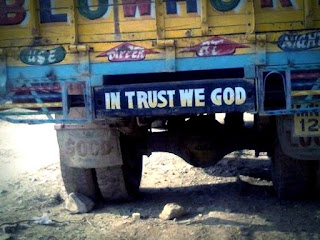 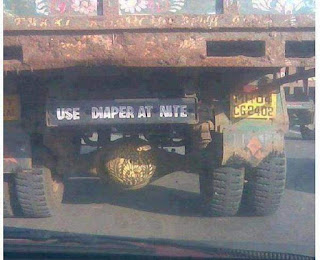 - December 29, 2018
Email ThisBlogThis!Share to TwitterShare to FacebookShare to Pinterest