I know i am recyclcing this post ... that appeared some time ago.
Consider this the revised edition.
Because  today is  12/12 .

For most Madrasis it is an auspicious day ... as auspicious as a diwali or pongal 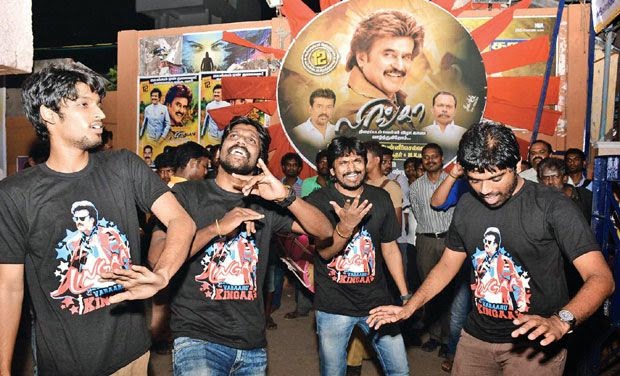 They say it is not like what it used to be in the good old days .

This is how it was in Madras in the good old days.

Summer vacations were never complete without watching the latest Rajinikanth release in Kapali or Kamadhenu theatre.

Paatti  (Grandmother) would wait for us grandchildren to arrive  so that she could take us for the Rajanikanth movie that had just been released.

In other times of the year , Paatti  would settle for nothing less than the first day first show ( FDFS) of a Sivaji or a MGR movie.  The Black ticket vendor at the Kapali theatre shared a platonic relationship with Paatti for many years.  She was his regular customer.  When it came to Paatti  getting her grandchildren coming from the ‘north’, the black ticket vendor would leave no stones unturned . It had to be the best of balcony seats for Paatti and her progeny.

The Black ticket guy at Kapali theatre ( I do not remember his name) was infact the nephew of Kamala, the domestic help at the Mylapore house.  In the days when neither mobile phones not telephones existed, she was the go between for Paatti''s  visits to theatres. Kamala and her extended family lived in the mud huts with thatched roofs in what would today be called a slum behind the 'Mundakakanni amman temple' in those days.  In today's Chennai, 'Mundakakanni amman temple'  is a monorail station where one alights for Mylapore and Luz. No one knows what happened to Kamala and the residents of those slums.

It is not that Black tickets for movie shows were sold outside the theatre when the demand and supply was skewed. That is what happens in a free market economy.

Not in Madras where movie going was entwined in its tradition. Black ticket guys around movie theatres in Madras hoarded a few tickets and sold them at very minimal profits only to ensure that their regular patrons get their rightful share of tickets when they visit the theatre. Especially those who are devoted to preserve the FDFS culture. It was more of a service than a business that these guys rendered.

Clad in a nine yards sari, Paatti was your typical orthodox Brahmin mami, who would not eat ( nor let her grandchildren eat) food cooked from unknown sources.  Our trips to Kapali theatre were therefore something  of a picnic, what with Dosa smeared with milagai podi  and gingely oil, packed in steel  boxes  and a steel Gooja filled with water accompanying us inside the theatre . The intermission time was Tiffin time.
We were oblivious to popcorn and samosa until we came of age and went for movies without needing to be accompanied by an adult. 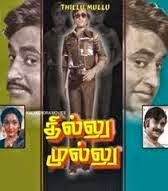 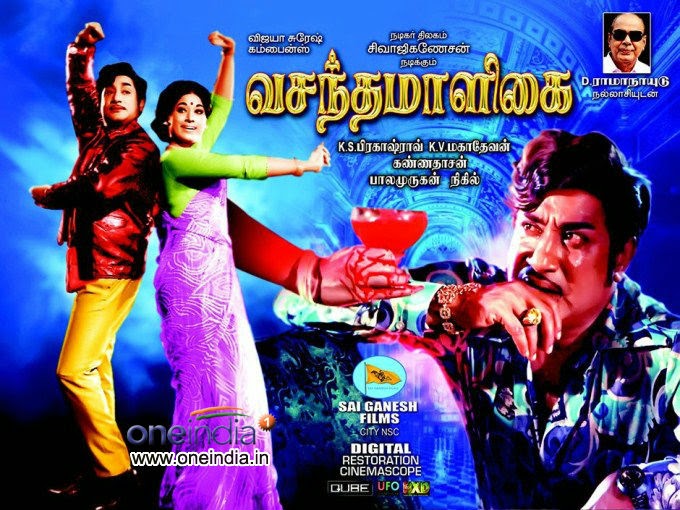 My parents got married around the time Sivaji Ganesan’s   ‘Vasantha Maalaigai ‘ was released.

One afternoon Paatti returned from Kapali theatre after watching the matinee show of ‘ Raman thediya seethai’ and she got the telegram announcing my birth. The birth of her first grandchild. Incidentally 'Raman Thediya Seethai'  was a super hit movie from Jayanthi Productions that year.

In Madras movies are not synonymous with  entertainment.   It is a religion and is an inevitable part of your life.  In our case, it is a part of our family folklore.

First day first show (FDFS) of Rajinikanth movies are what legends are made of .  Giant cut-outs of the Thalaivar is bathed in milk before the FDFS. Fireworks galore the movie theatres and the police department works overtime to ensure the smooth release of Thalaivar's latest films.

Wanting to experience the fanatic frenzy that goes with the FDFS, I pleaded with a die hard Rajini fan who happens to be a good  friend, to take me for an FDFS.  He avoided me and my request.  Here is a guy who spends a good part of his salary to buy an FDFS movie ticket at Albert talkies in Chennai every time a Rajini movie gets released.  He has apparently never missed one since he was a young boy. 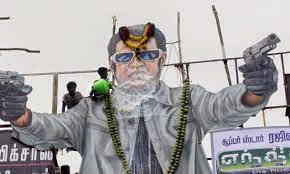 When I asked him why I could'nt go  with him to Albert Talkies for an FDFS he scoffed at my request as though I was asking to Trek Mount Everest with Tensing and Hilary.

He explained that in the frenzy that surrounds the release of  a 'Thalaivar' movie, a non-believer would get blatantly exposed. He did not want to risk that ordeal with a non-believer like me on the tow.

- September 19, 2014
Email ThisBlogThis!Share to TwitterShare to FacebookShare to Pinterest