In awe of Actor Radhika Apte 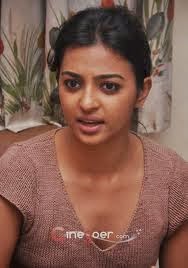 There was something about her acting, that makes you take note of her.

It takes much more of spontaneity to perform on stage that over the reels. When I was still lingering in awe of her looks and her acting skills,
There is  not a dialogue she speaks in the first 5-10 minutes of this short film.
It is her eyes that speak a thousand lines.
Brilliant direction and awesome acting.
This short film is worth a watch. (especially the closing lines ... :) )

BTW I won a flipkart voucher from blogadda for my entry 'Where the mind is without fear'
How I wish Shireen, the protagonist of my post has an ending like the one in this short film.
How I wish ...


- November 15, 2013
Email ThisBlogThis!Share to TwitterShare to FacebookShare to Pinterest