Diwali and the 'Social Sweeter' !!!


This Diwali I am dreading the onslaught of sweets from the friendly neighours and not so distant friends, colleagues, vendors and aspiring vendors :(

I am a Social sweeter ( I know this word is not yet part of oxford English dictionary like 'tweeter' and 'unfriend', but what the heck, there is a first time for everything, including the coining of this word.)  Let me explain and clarify what and who of a Social Sweeter.

A Social drinker as you know is someone  who 'drinks' ( alcoholic drinks)  because he does not want to be a spoil sport and joins in a gang of drinkers for the sake of acceptance. He drinks out of peer pressure or because it is considered cool to drink. He secretly wonders why people make such a big fuss out of that horribly bitter beer or scotch, but does not quite think it necessary to voice his opinion. Somewhere deep down he is secretly ashamed of his traditional and conservative upbringing that does not allow his taste buds to appreciate the finer aspects like others do.  In most probability a social drinker is also the one who has’nt really experienced a real ‘high’ and tries his best to fake one. He is also mortally scared of the  ‘hangover’. He has seen so many of those otherwise dignified people turn into complete cartoons after a drink or two. A social drinker belongs to the breed that heads home after the party and drowns a glass of butter milk not only to avoid a nasty hangover, but to get away from the aftertaste of those obnoxiously bitter and unnecessarily expensive drinks.

A Social sweeter is of a similar breed.  In keeping with the times, the word itself is an abridged version for Social sweet eater. The Social Sweeter comes under peer pressure not from friends or colleagues but more often from aunties, uncles and other forms of overbearing hosts and gulps down that sugary syrupy malpua or rosagulla. If you closely observe, the Social  Sweeter would quietly head to the restroom and wash the mouth clean before that irritating onslaught of the sugary aftertaste start haunting the taste buds.  She is also mortally scared of a long lecture from the loud mouth aunty on the effects of dieting and how a couple of gulaab jamoons, so lovingly prepared by her ( huh... using MTR readymade gulaab jamoon mix) would not make much of a difference if one is already so overweight.

Diwali is a dreaded season for a Social Sweeter, overweight or otherwise. This is the time of the year a Social Sweeter prefers to hibernate and unfriend herself from all social contacts and here I do’nt mean the harmless facebook types. But no matter how unsocial you become, you cannot do much to escape the abundance of rava laddus, besan laddus, motichoor laddus, kaju katli, mysore pak, navratna mix, somaasi ( karanji) , gulab jamoon and rasagullas that land up at our place around diwali time.

If there was a popularity contest to rank the most repulsive Diwali sweet, Soan papdi, I am sure will win hands down.  I have known quite a few die hard sweet-tooth types who have developed  an acute condition called ‘soan papdi intolerance’ over the years.

To be fair on Soan papdi,  it is’nt exactly that horrible a sweet. In the good old days, a sweet vendor would push his cart under a pertomax light after dinner, but just before bedtime, ringing a brass bell whose shrill sound would never escape the silence of the night. The pushcart would carry a huge air tight transparent glass jar, illuminated by the noisy petromax light. It had in it what used to be intriguingly called ‘budde kaa baal’  since it looked so much like an old man’s grey hair. After much coaxing, parents would give in to the pester power every once in a while and buy ‘Soan Papdi’.

And then, that quaint ‘budde kaa baal’ went completely out of the market. Corporatisation of Soan papdi sent the push cart vendor out of business.

It happened when Haldirams discovered the  secret of preserving Soan papdi. Over the years, their manufacturing unit created a glut of Soan papdi and commercialised them and sold them in different flavours. I don’t blame them. They were packaged well and therefore sold well.  But most importantly, unlike other indian sweets, Soan papdi does not perish for a long, long time.  When you travelled long distances or were visiting a friend or a relative who you know nourished a sweet tooth, you packed a couple of boxes of Soan papdi.  The jalebis, rasamalali, moti choor laddu, besan laddu and other freshly prepared sweets had a very short ‘sell by’ date that would not withstand a long distance travel.

Thus Soan papdi became the most gifted sweet of the decade.
It is all set to become the most repelled sweet of the next decade.
It pays to exercise moderation and retain the exclusivity.
How I wish Haldirams learn their business fundas on product placement from De-beers or atleast the push-cart vendor.

Anyway, more on that later. Sorry for the digression.

It is Diwali time and I have decided to exercise moderation.  But as much as I say this, I know that once the onslaught of sweets and savouries begins it is going to be a downward spiral.

Thank god for small mercies.  There is always a traditional remedy available.

‘Deepavali Legiyam’ aka ‘Dabur Chavanprash’ is a one stop solution for all the digestive troubles that begin to haunt you after Diwali.  All one needs to do is gulp down a few spoonfuls of 'Deepavali Legiyam' or 'Dabur chavanprash' before you start your day on Diwali and for a few days thereafter.  It is best used as a preventive medicine. It is supposed  to posses the power of getting even a stone digested and ejected out of a digestive system. 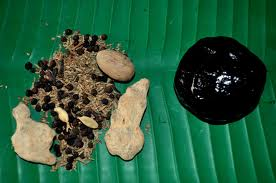 Paati ( grandmother)  would prepare  the deepavali legiyam for the entire extended family a couple of weeks before Diwali. She would generously distribute it to everyone who came visiting and send across for those who could not come visiting.

We never really learnt the recipe from her.  After she passed away, my uncle took it upon himself to buy it from a small shop off  the Kapaleeswarar temple tank in Mylapore and distribute it among the clan now spread all over the world.  He buys dozens of small bottles of readymade  'deepavali legiyam' and religiously sends it across to all those who were recipients of grandmother’s secret recipe.

If there is one thing we all miss during Diwali, it is her ‘Deepavali Legiyam’. The one from Mylapore tastes similar but not the same. While all its ingredients are much the same what it lacks is probably her love. It is afterall a commercially sold product.

This Diwali, I decided to go slow on fireworks, atom bombs, mindless sweets and savouries ( the ones from neighbours is more than enough) and decided to prepare Paati’s  ‘Deepavali Legiyam’ . That would be a fitting tribute to her and to the traditional knowledge that she possessed and would have loved to pass on to the next generation.
If only we had bothered to acknowledge and learn.

Click here to listen to The Legiyam recipe narrated by 92 year old Meenakshi Ramamurthy (Grandmother of Anand Krishnamoorthi  @mdeii ) . Do not miss this rib tickling take on this divine concoction that will resonate with every tambrahm household.

. Dabur Chavanprash, sorry about exposing a part of your recipe publicly on my blog.


That is the beauty of Traditional knowledge. It was freely available for those who sought it and learnt it. In our times, we have not had the inclination, time and wherewithal to learn it.

That is why I think, Dabur Chavanprash or any of those natural products that were traditionally made will never go out of business.  Preparing them at home is indeed cumbersome and not everyone’s calling.


Today we lament about the loss of Traditional knowledge. We are ourselves to blame.


Disintegration of joint family systems (they had their own set of flaws and failed to adapt to changes but that is besides the point),  our distancing from natural environs, lack of time and more than anything else our degrading value systems that need for quick fix soultions to all our problems are the main reasons.
If there was a research done by pharma companies I am sure, antacids, digestive syrups and indigestion pills, are the products that sell very well soon after Diwali. 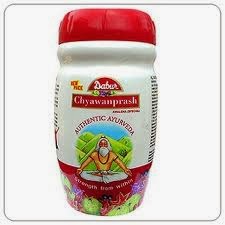 In the process, we  have neglected the wisdom and long term benefits of Traditional systems of medicine and lifestyle.
I am submitting this post under 'Traditional knowledge, Natural Growth' contest for Indi blogger
- November 01, 2013
Email ThisBlogThis!Share to TwitterShare to FacebookShare to Pinterest