The unbearable lightness of being a ... Bitch

My previous post of the famous F word could not have been complete without its female counterpart the 5 letter B***** word.

On Analysing the reasons they found that the females of the species is so fundamentally fucked up with intense soul threatening experiences that they find it easier to mutter the silent five letter B**** word than utter the loud four letter F*** word as an intense form of expression.

Some time back I was in the tube ( underground metro for the uninitiated and the perverts whose imaginations could run wild) .

There was this woman whose cleavage was bursting from under her size 14 jumpers.
‘Bitch’ … I muttered to myself (ofcourse silently in my mind) …that is what happens when you get tempted by that buy 1 and get two free offer at   PRIMARK, then have no time to hand wash and carelessly chuck the jumper into the washing machine.

Beneath her cleavage that was attracting a lot of attention …. She was reading this book ‘Why men prefer bitches : From doormat to dreamgirl  - A woman’s guide to holding her own in a relationship’ - By Sherry something …

Strange is’nt it .. when you are obsessed with a word .. it just appears all over the place.

Now that is a catchy way to entice someone to buying that book.
That Sherry something must have made a lot of money considering she has been on the bestsellers list for a zillion years now. I bet she must be now thinking of retiring into a farm house in Sctoland , Newzealand, South of france or some such place.  Lucky BITCH. this Sherry  Something.

When I got down at Victoria, I headed straight into W H Smith to check out on this bestseller.
I flipped through a few pages and then the cover page on the back.

At 14.99 GBP this was’nt my idea of spending my money on a DIY self help book.  Stingy Bitch  you could say.

Anyway a couple of days later a copy of this book re-emerges at the desk of P from marketing department. Pretty looking bitch this ‘P’ is ..I tell you. Why does she of all the people need to read that book ? I did not quite understand ?

Well… each bitch to herself …

I made a mental note to ask her and the next time I saw her at the rest room doing her makeup before leaving for the day, I asked her if she liked that book.

Next few minutes ensued to be a long drawn conversation about what she found interesting and what did not hold her interest about that book. Honestly it did not hold my interest. You know why, her eye liner had not quite dried up and was spreading all over the eyelids in that typical way those cheap eyeliners do … and she was not even crying. I did let her know about it.  She probably thanked me profusely since I must have saved her a great deal of embarrassment with her date.

Who cares … I was successful in getting her to lend me the book for the weekend. Clever Bitch .. are'nt I !!!

I am not a great fan of self help books … I mean if they really produced results why would the author not keep the secret to himself.
And why are there not so many Warren Buffet all over the world …
I pulled up sheet of Financial times and put a cover put on the cover page. Not that anybody cared what book I was reading, but then old habits die hard.  Call it a hangover from those mills and boons days.

Google on the B***** word during free time using your own resources.
Because if you do it during office time this is what you get … and you never know .. some bitch from IT must be watching over ...

The word "bitch" has been filtered from the search because Google SafeSearch is active.
Search Results
Coming to the real inspiration for this blog post was a real Bitch.
When I mean a real Bitch .. I mean a real bitch ….

She stalks me during my morning walks.

I learnt that the easiest way to shoo her was to look her in the eye and put her in place. It helps if you silently mutter the B**** word when you look her in the eye.
She probably does’nt understand .. but I don't not care either. It is therepeutic ... trust me. 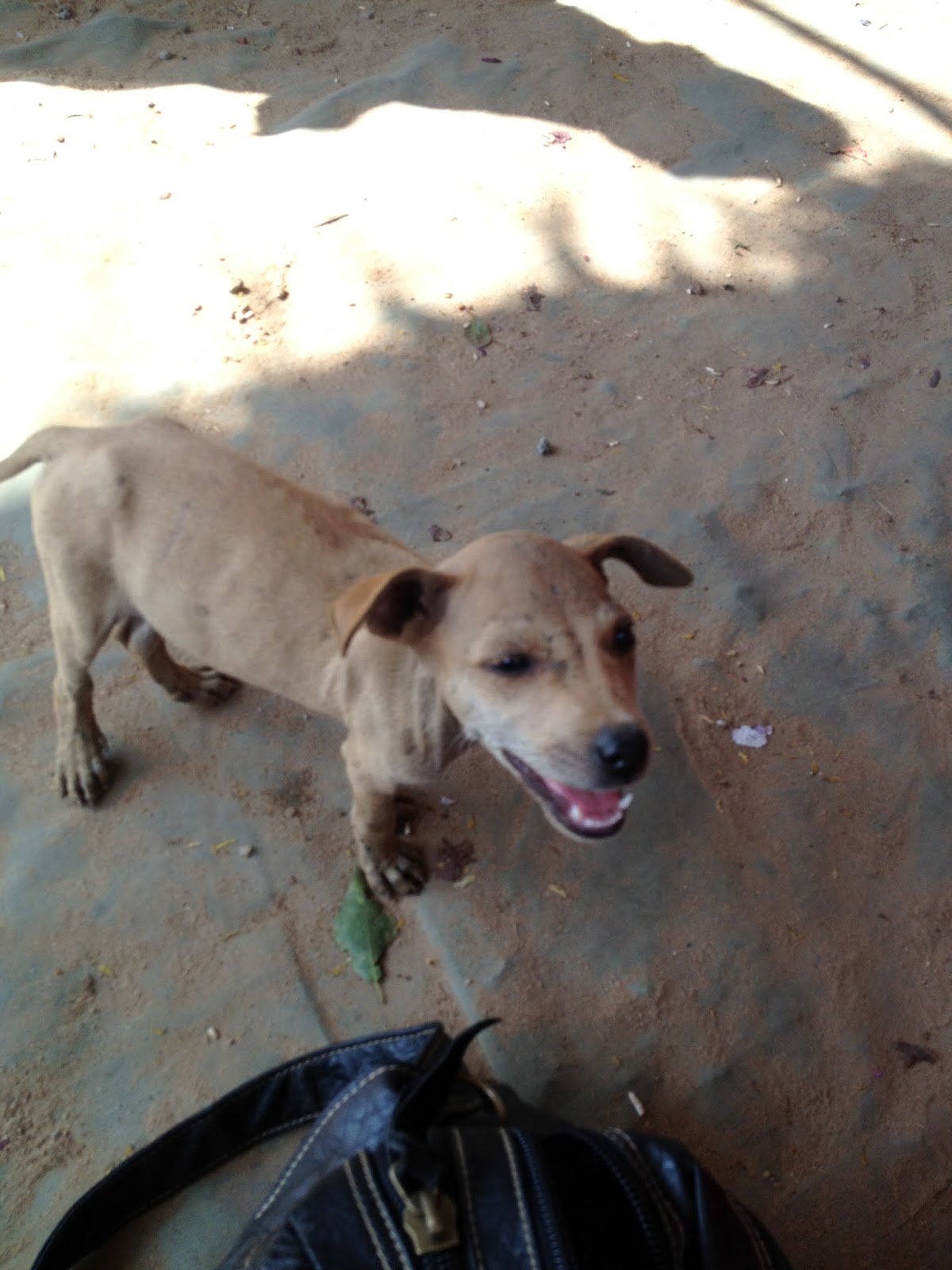 And this fella .. He is a real SOB – son of a btich … ai’nt he cute.
- April 06, 2013
Email ThisBlogThis!Share to TwitterShare to FacebookShare to Pinterest