A 45 minute drive from Gurgaon to Chanakyapuri at an average of 60-70kmph was mind blowing. For someone visiting D after a gap of 5 years the city’s landscape was simply unrecognizable.

Common wealth games changed the face of landscape that once was and NCR. Lined with flyovers and 8 lane expressways the Leafy Lutyens Delhi has far outgrown its urban boundaries and remains hidden in the ever expanding urban landscape. 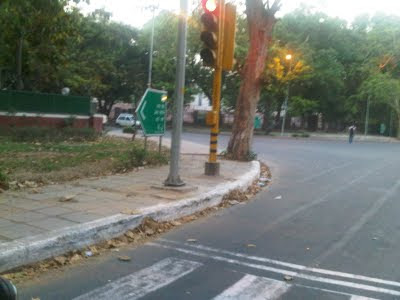 It is heartening to see that the grand Dilli designed by Lutyens still remains intact retaining its eternal grandeur reminding one of the immaculately designed urban planning and architecture that was a gift to many Indian cities from the British Raj. The tree lined Janpath, gate, Rashtrapathi Bhavan and the South block where the political bigwigs hob nob remain unchanged atleast with the exteriors.

If there is one lesson for other Indian cities to learn from D, it is the art of preserving the heritage and grandeur despite getting crowded, dirty and ugly with the never ending stream of migration from the hinterland. 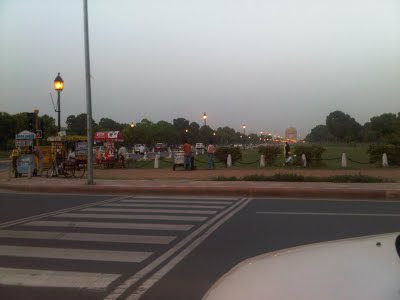 Shopping in the streets of Old is a pleasure. The swanky malls of Gurgaon pale in comparison to what a good 'value for money' and variety shopping at Lajpat nagar or Sarojini nagar markets or Chandni chowk can fetch you.

The Street food in Delhi:

The Bhutta in Mumbai is best eaten roasted smeared with nimbu, salt and red chilli powder.

In D they are steamed under layers of hot sand, so that the corn steams in its own moisture making it soft and juicy without letting you to have second thoughts on the lines of god-is-the-water-safe-over-here...

The layers are plucked right before you , smeared with salt, kala namak ( not the bambiya red chilli powder and served hot. It does'nt matter that the weather is horrendously hot when the corn season is around. 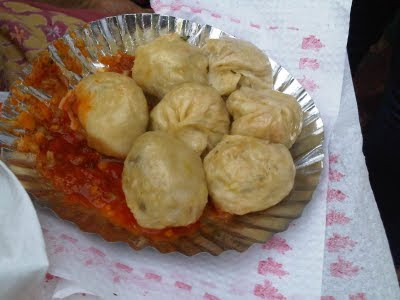 Momo the steamed dumpling available in the veg and chicken varieties were initially introduced into the street fare by the Tibetian refugees who escaped from tibet and sought asylum in Dharamshala and spilled over to D. Since then they are one of the favorite street foods competing for market share with puchka, kadhi/ rajma chawal and parathas.
Spicy and steaming, momos apparently are best eaten with a Pepsi or a Coke. I think a glass of dry red wine would compliment the Momo very well. 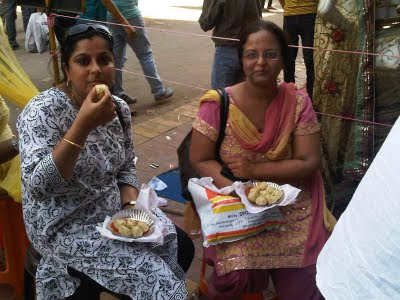 Ah that was a delightful experience. Thank you Mr. Sridharan.

Ain’t any different from the underground except for the fact that ‘Please Mind the gap’ is very sweetly repeated in shudh hindi translating into 'savdhani se utren' . ( Listen carefully to the embedded video clip)

I boarded the Metro from Rajiv Chowk. Rajiv Chowk, the underground metro station in the heart of Delhi as a landmark never existed in the D that I knew years ago. I did know ‘Palika bazaar’ and ‘Khadi bhandar at Connaught place’ like the palm of my hand. I have visited this place so often before a brief halt during my himalayan treks. It is a shoppers delight, this part of Delhi. They used to be crowded and filled with tourists and touts alike, before the average delhiite switched over to the airconditioned malls and its overpriced showrooms.

Not any more. It is still a shoppers delight but for just the ones who flock for the sake of nostalgia or the touristy crowd that swarms around over here before taking off to more exotic parts of india like Benaras and the Himalayas. 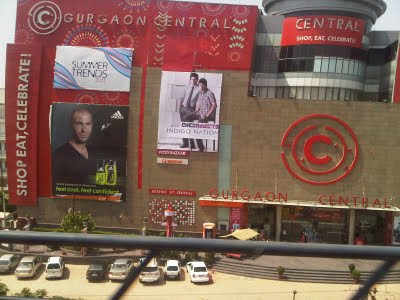 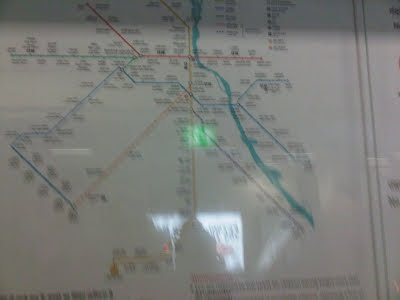 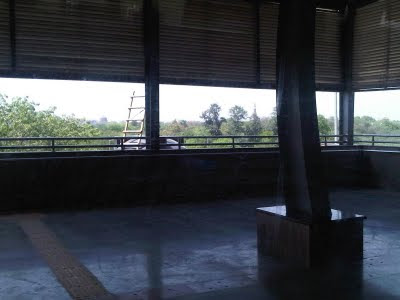 Delhi fills one with the hope that when the Bangalore and Chennai metro see the light of the day, they will put an end to our traffic woes and the roads would be less crowded, less dirtier, more greener and just as nostalgic as they once used to be. It has happened in other big cities across the world and it shall happen over here too.

Sometimes the never ending construction and exasperating traffic jams across saddens me. Just how much of a growth can a city take ?

I am yet another immigrant basking in the growth and opportunity that has offered the Gen X of post liberalized . It is a price we pay for development.
- May 15, 2011
Email ThisBlogThis!Share to TwitterShare to FacebookShare to Pinterest
Labels: Travel