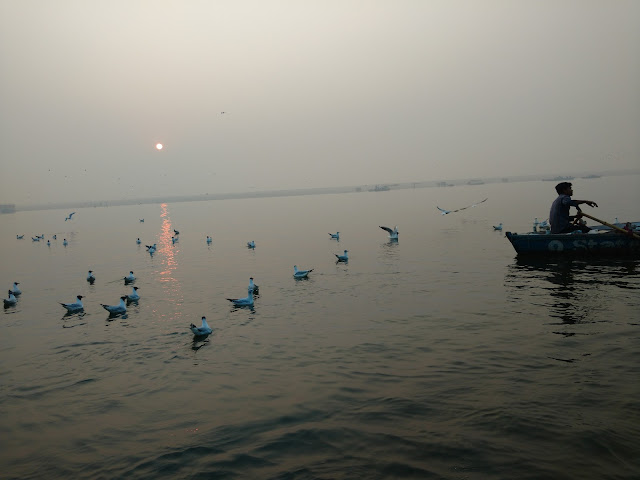 I had thought through my topic somewhere in July of 2015. I did have a few features already written that I have recycled for this year's A to Z challenge.
In November 2015 I started giving it some serious thought and planned my travels to meet and feature some amazing people.
I am so thankful to all my resourceful friends and acquaintances for having connected me through to the people featured for this A to Z challenge.

Mahesh for his hospitality and resourcefulness who navigated me through the  world of Toddy Tapper, the Temple musicians, Remachechi  - the coir rope maker, Saju and his houseboat chef  - Bharat Das, and  many more interesting personalities that I have not had yet featured.  Mahesh and his family have been such wonderful hosts who pampered me to the hilt.     They pampered me with lots and lots of home cooked kerala delicacies and not to forget a cool, relaxing facial like I have experienced never before.

The trip through a good part of Kerala to Aranmula and then all the way to Thripunithara to meet the women kathakali troupe is the probably the one and only memorable trip I have had with this special friend with whom I reconnected kerala from a very different dimension.  I am hoping to return to Tripunithara or anywhere in Kerala to feature the only all women Kathakali troupe very soon.

Mouli my ever resourceful friend who actually nailed down the rag picker from Sunderbans in the middle of Ramamurthy nagar in Bangalore got me to meet him. I look forward to doing many more features with my resourceful right hand man this year.

A few years ago when I was to visit Haridwar,  my friend's family in Delhi drilled into my head all the horror stories of solo women travellers getting raped, drugged, molested, mugged and hoodwinked over there.  The sensible solo traveller in me took a back seat for a long time, till my calling nudged me and told me in no uncertain voice that the time had come.

While googling around I stumbled upon an article about the Illierate Zardozi workers in Benares who  embroidered the coat of arms for the Isareli army.   And Voila ... my feature for the letter Z was already conceived.  The rest would follow over a period of time. I had to go to Benares. 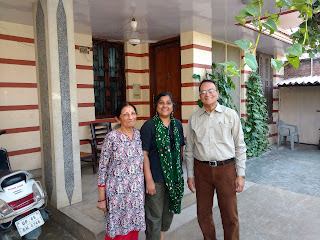 I stumbled upon the Kapur’s from Benares over the internet after I was aimlessly ruminating over my holiday plans.  The glowing reviews in Tripadvisor and Agoda about their homestay egged me to take the chance. I knew I was not going there as a tourist.  I needed someone local to help me out with my connections.  I had spoken to a colleague of mine and that was my only connection in Benares.

The Kapur’s have lived in Benares for over four generations.  I could not have got a better introduction to some people I have featured on Unusual occupations if not for their resourcefulness.
Mr. and Mrs. Kapur were the kind of hosts who knew when to give you your space and when to let you on your own. 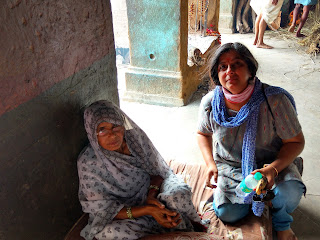 I am every so thankful to that cheeky, slimy tout who swindled Rs.200 off me but took me to the place where I got to meet  Jamuna Devi. He  has no idea how delighted I was with his find.

Featuring the first female Dom Raja – Jamuna Devi is by far the most unusual and gratifying feature that I have written.

I also stumbled upon some interesting blogs that I would read every day during the month of April and beyond.

After all I had prescheduled most of my blogs and was waiting with bated breath like a matinee hero waiting for his movie release.
Parul who featured A to Z on women's issues and connected us to people whose work is inspiring...
Vishal Bheeroo's bollywood fiction on a hero who is losing his memory
Kala Ravi's blog theme feturing tips for home interiors
Sunila Vig who wrote on Hindu Mythology
Zalka Csenge Virág the Storyteller from Hungary whose theme was diversity in folktales ... i have to visit her blog in liesure ... because she has so much to tell on folklores from all over the world.
Birgit whom i have been following or the last three years in A to Z challenge and whose encyclopaedic knowledge of Hollywood movies never ceases to amaze me...

There are of course many more.

Thanks all my dear readers whom I have not known . or known but have not mentioned here.
It is to you that I owe my gratitude because it was your encouragement  online as well as offline that kept me going over the month of April.

Some of you offered critical comments and some of you heaped praises, some genuine and many, probably  not so … but trust me it kept me going. I needed every bit of it. 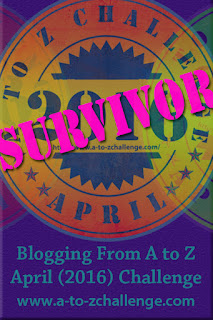 - May 08, 2016
Email ThisBlogThis!Share to TwitterShare to FacebookShare to Pinterest