Confessions of an ‘Aam admi’…

I am normally not a senti person, but today Kejriwal and party's performance at Ram-lila maidan left me with goosebumps.
Keep up the good work Kejriwal.
I am sure with all our support you can do better.
Millions like us who watched you on TV from the comfy couches of our living rooms do really wish you all the very best.

But read on... Because it is going to be a bumpy and confusing ride for you.

For here are the Confessions of an ‘Aam admi’…
Last year, when the Anna frenzy caught on and erupted all over, thousands of office goers like me left our air-conditioned offices and stepped out on the streets for a couple of hours to show solidarity for the fight against corruption.
There was nothing official about it.
But It was an in-thing.  Everyone was doing it.
And well, who would not want to stand up against corruption .
It seemed like a good cause.
Everyone was doing something, so we all joined the bandwagon.
And why not ?

I can say I have never taken bribes or given bribes.
Did that qualify me to be part of the Anna movement?

No. Somewhere in the corner of my conscience, I knew Corruption was not so black and white. The roots of corruption in this country run very deep and are very very tangled. 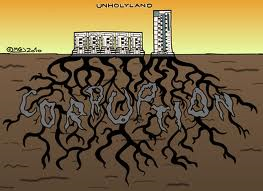 Like millions of other middle class Indians, I probably turn a blind eye to the blatant corruption that happens around me. I am aware that there must have been a long chain of bribes given and taken by people unknown and known to me, to help me live the lifestyle that I am living today.

But my driving license was probably not.  I paid the prescribed fees to my Driving school, whose car (the one without a seat belt and a loose hanging rear view mirror) I drove for a little less than 120 seconds at the RTO office in the presence of the driving inspector to obtain a Driving licence which would giving me a legitimate address proof and a government issued photo identity card.

My driving school guys took care of everything from my mandatory driving lessons which I did not need, fuel for the car, documentation that must have involved tons of paper work and photocopies, appointment with the RTO inspector over a weekend ( so that I do not miss out a day at work) very efficiently. Two weeks later, a representative from the driving school came over and handed me my driving licence.

The service charges were competitively priced and well worth it, considering I earn pretty well. Don’t I ?
Since then I have recommended this driving school to many colleagues and friends, not so much because they wanted to learn driving, but because they quickly needed a valid government issued address proof in this city of migrants.
And then last year, around the same time when Anna Hazare's movement was catching up, we bought an apartment. Our real estate agent charged us a certain amount as broker’s charges to get our apartment registered. We did not bother to ask him for a receipt. Not that he could not have given one.  It just seemed unnecessary.

Our agent accompanied us to the land registrar's office in his air conditioned Innova, profusely apologizing for a potential wait at the government office because of an impending 'rahukalam' that may cause a delay to get back to work from there.
The seller, unlike us was a clever man.  As if he knew what was coming, he carried with him, John Grisham's 'A time to kill' and was so engrossed in the book that he hardly engaged in any relationship building conversations with his agent or the future owner of his apartment.

At the land registrar's office, I know for certain that the three men and the woman whose desks, I and the seller of the apartment scuttered around, in that dusty, crowded first floor office loaded with paan-stained walls, were meagerly paid government servants.

The first one registered our thumb imprints with an ink-pad on a government paper.
After the ink on the paper dried, the second one moved the file to the third one’s table.
The lady at the third table in whose presence we signed the document simply tied the string around the red tape and moved it into a tray while muttering some frenzied instructions to her daughter over the cell phone.

I had just enough time to notice her diamond ring that sent a refraction of light with the seven colours of rainbow when mid-day sunlight from the window passed through it before the agent escorted us out through the stairs where the various shapes and color intensities of paan-stains on the walls formed such myriad, abstract patterns that would have put an M F Hussain painting to shame.

After that, it was a couple of hour’s of wait for the agent's man at the ‘Xerox’ shop opposite the registrar’s office. The seller and us were seated on plastic stools outside the shop and served over-boiled sugary tea by a 10 year old boy while the agent’s man was busy upstairs at the registrar’s office ‘tying up the loose ends’.
The Seller had deep dived once again into John Grisham.

Just as I was beginning to fret and fume about the near certainty of missing the important  2.00 pm weekly meeting at office, the agent’s man arrived and we got a document which declared us the proud owner of the apartment (albeit indebted to the lending institution to the tune of many lakhs of Rupees that would be repayed  over the next 15 years)  while the seller walked away with a cheque handed over by the representative from the lending institution, neatly tucked  as a book-mark in the John Grisham book.

The only thing we paid by cash was the agent’s fees.

I have never given or taken bribes.
It was all painlessly executed on my behalf  by my ever so resourceful real estate agent and the builder.

I like the idealism that Kejriwal and party emanate.
Only, I am not sure if their mission is as simplistic as it sounds.

Millions like me who would like to join their mission, have been numbed by the concept of corruption. Corruption is, like a leech that is sucking our blood unknown and painless to us. By now more than one generation of Indians have become used to a way of life that hardly knows how mundane things like obtaining a death certificate and driving licence could be executed otherwise.

Show us the way,  Kejriwal  and party.
We know it happens outside of India.

Till then, the ‘Aam admi’ like me would never call on the anti corruption number that Kejriwal has promised to give out in the next 48 hours.

Because
I have never given or taken bribes.
Only paid service charges.

- December 28, 2013
Email ThisBlogThis!Share to TwitterShare to FacebookShare to Pinterest