Pink is the colour of a shaken but clear conscience


Story telling and dramatization in Bollywood have always catered to the lowest common denominator. And that is because the movie makers and their producers know that your average movie  going audience  needs drama, super star ( mostly male)  and a dose of common man’s pseudo morality to come back satiated from the movie theatres.

Any variation in the formula and it would be money gone down the drain for the producer.

Here is a real and contemprorary example.

There are no super stars there.
Pink is a 2016 Indian courtroom drama film directed by Aniruddha Roy Chowdhury, written by Ritesh Shah, and produced by Rashmi Sharma and Shoojit Sircar. It was released on 16 September 2016.
It stars Taapsee Pannu, Kirti Kulhari, Angad Bedi, Andrea Tariang, Piyush Mishra, and Dhritiman Chatterjee.
And it has the super star Amitabh Bachchan in a mind blowing stellar role. 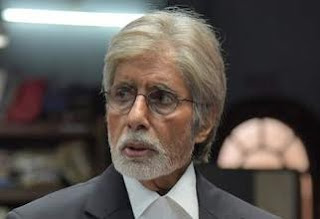 Angry Indian Goddesses was screened in the Special Presentations section of the 2015 Toronto International Film Festival, where it finished second in the voting for the People's Choice Award.

Pink on the other hand has emerged a super hit at the Indian box office.

Where Pink scored better is in being able to reach out to a far larger audience who would flock to see the first man of Bollywood in action.

And that is the bait with which he traps them.

He sits us down and in a very dumbed down manner questions our attitude towards freedom of choice, morality, hidden and sub conscious biases and the pseudo morality that is different for men and women.

He is dramatic.  Very very dramatic.  At times he pushes the dramatization beyond the threshold that your self proclaimed liberal minded self  can put up with. Just as you think he is making you look at the higher common denominator, Falak ali, played by Kriti Kulhari breaches the boundary even further and makes you look at the highest common denominator. ( oh-my-god-what-a-mind-blowing-conscience-stirring-act-that-was-lady)

As a society we fool ourselves in believing that within the limits of our social structure we are liberal. Broad- minded, honest ( as much as is practically possible) and law abiding. It is the neighbour next door or those living in the next apartment, street, state, country or those  south, west, east , north of us who are the real cause of all the social troubles.
The movie Pink succeeds in pushing each one of us to our limits and think about the sub conscious biases that we carry and sermonize on behalf of others.

One hopes it does this to a large section of the audience.

Every woman who watches this move will secretly wish that someone she knows or knew should watch this movie.   It might not cause a revolution but  it may just ever so slightly shake up their conscience.

It could be her father, brother, husband, boy friend, ex-boy friend, the lecherous colleague at work, the biased  boss, that irritating idiot who stalks you on facebook or that faceless stranger behind you in that crowded bus who rubbed his err…. that thing against you back side because you would be too ashamed to protest.

Pink is an intense, gripping fast paced movie.  It is rather over dramatic, but that is where its success lies. It succeeds in nailing down a harsh point down our conscience and that is what makes it a movie that stands apart.

Speaking for myself, I came back terrified (oh-it-could-have-happened-to-anybody-including-me),  amazed (what-a-superb-piece-of-dramatization), reflective ( really-are-these-my-sub-conscious-biases) but most importantly I emerged with a clear conscience when the screen fell and the credits rolled down.

The movie convinced me about one thing.  I have made some unconventional but brave choices in life.  A couple of those choices came , one more that two decades ago after a brief but intense physical abuse,exploitation and trauma that scarred my soul and  another after a decade long dull ache that comes from living a life filled with falsehood and pretense.  That too had chipped away my sense of self worth slowly but steadily  like a colony of termites that can slowly crumble down a perfect piece of furniture.   Many a times I have had to silence my conscience,  struggle with intense unhappiness, and try to settle into a shell shocked life reeling with the dull mediocrity and of having to compromise in order to maintain a social façade.

When I took those unconventional decisions, much against the practical sense of worldly wisdom  and against the wishes of loved ones and got ready to face the social stigma that surrounded them, I was pleasantly surprised to find supporters amongst those that I feared and believed to be the ones who would actually taunt me.

In doing so, I learnt an invaluable lesson. When you listen to your conscience, refuse to buckle down to stifling  social norms and go ahead with the choices you make, life is’nt devoid of struggles. But you go with the flow knowing fully well that the struggles that you are dealing with are a result of your choice and not the  ones thrust down upon you. Because somewhere along those chosen struggles We accept the love we think we deserve.


And that is when your conscience feels good.
When it feels good it glows.
The colour of that shaken yet clear conscience is Pink. 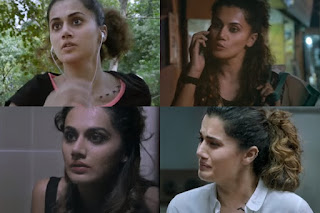 This is a submission for Write Tribe

Where I am writing for the prompt
“We accept the love we think we deserve.” – Stephen Chbosky
- September 24, 2016
Email ThisBlogThis!Share to TwitterShare to FacebookShare to Pinterest