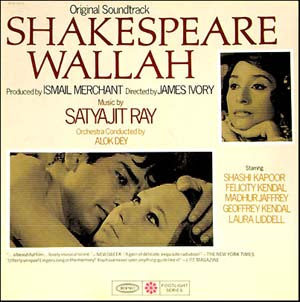 It is one of those rare movies where the actors enact their own life story (in most parts) and as themselves.

In real life Geoffrey Kendal playing Tony Cunningham in the movie arrived in India in 1944 along with his wife Laura Liddell, playing Clara Cunningham, and was the Actor – manager of the theatre troupe Shakespearana that toured the length and breadth of India playing mostly Shakespeare plays at palaces of Maharajas, Boarding schools, in local town auditoriums and even in street corners or wherever else they could put together an interested audience who could cover up the costs. 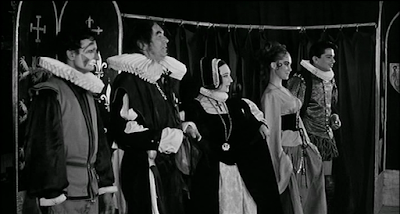 Theatre as a performing art, at all times has never been a very lucrative profession. Some of today’s talented and successful actors try and manage that delicate balance between theatre their first love and its cash rich cousin the movies in order to pay the bills and yet continue to pursue their passion.

Struggling with the onslaught of Bollywood allure as well as the dwindling popularity of Shakespeare plays in a newly independent India from where the English as well as the Anglo Indian patrons of Classic Shakespearean English theatre were fast leaving the country, Geoffrey Kendal and his troupe struggled and yet passionately toured the country through the 1950’s imprinting an indelible love for Shakespearean theatre among the boys and girls educated in the 1950's boarding schools in India.

Set in that backdrop, the story is partly reel but mostly real depiction of that deeply passionate love story of how the Suave Shashi kapoor, fell in love with Jennifer Kendal,
(played by her sister Felicity Kendal in the movie) who toured with her parents playing young female roles in Shakespeare plays as part of the theatre troupe - Shakespearana. Madhur Jaffrey plays the role of Miss Manjula a successful, sought after and famous Bollywood heroine, unappreciative of the subtle nuances of the Theatre art, much to the annoyance of her rich lover Sanju, played by Shashi Kapoor in the movie.

It is at this point in time that the real and reel stories diverge slightly.
The movie ends as we see Lizzie Cunningham played by Felicity Kendal leave India to go back home, to England (where she has never been to ) because that is where her mother thinks her future lies.

And true to the story in real life, Felicity Kendal made a successful career as a theatre and movie actor in England.

In real life, Jennifer Kendal went on to marry the handsome Kapoor (possibly breaking the hearts of millions of women not only of her generation but of generations to come), shaped a successful Bollywood career for him, raised a family of three children who grew up to be people in their own right and most importantly gave a fresh lease of life to the modern Indian theatre scene through Prithvi theatre.

All before Jennifer Kendal succumbed to cancer in 1984 leaving behind her parents, sister, three young children and a devastated husband whose personal and professional life went on a downward spiral from then on.
Shakespeare wallah is a unique movie in that respect. At least three out of the many characters are playing their real life stories in the movie.  It is a shame Jennifer’s real life role was played in the movie by her more glamorous sister Felicity younger to her by 11 years.  Jennifer herself plays a small and insignificant role as Mrs. Bowden, owner of the boarding house - Gleneagles. 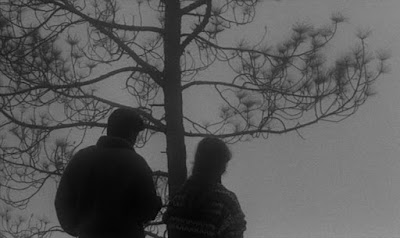 Written by Ruth Prawer Jabhwala, directed by James Ivory and Produced by  Ismail Merchant this Black and white classic was released in the United Kingdom in 1965.

Satyajit Ray composed the music for the film.
You cannot help but bow down to the sheer magic of Subrata Mitra’s black and white photography especially the breathtaking misty hill station of Kasauli where a good part of the film has been shot. 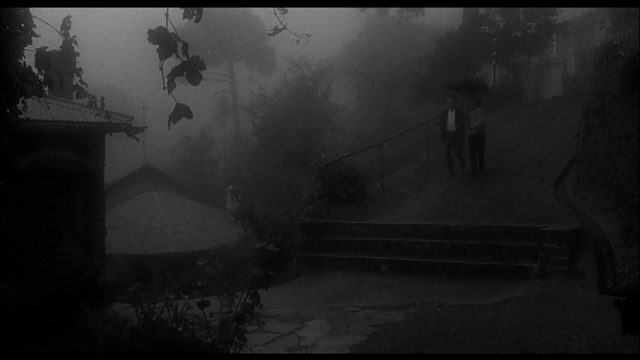 If you appreciate classical movies of that genre  you can watch this movie’ free ‘on you tube.

P.S :Yes, the best things in life mostly come free.
For everything else there is the overpriced  multiplex at the mall nearest to you. 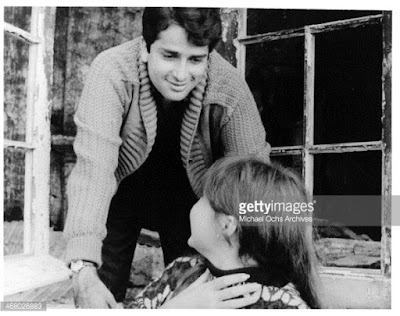 
- November 11, 2015
Email ThisBlogThis!Share to TwitterShare to FacebookShare to Pinterest