The music was loud. The party was in full swing.  He took a long drag on the Cuban cigar that was gifted to him. It was his farewell party . Everyone spoke very highly of him.  They fondly remembered the days when they had all  lived a dream, to be more precise his dream, believed in his vision and had rolled up their sleeves  to build it from the scratch.

It was all supposed to be very flattering. Their kind words, their praises and all the fun that they had all had together. But he was too stoned today to register anything that was happening around him.  One by one,  all his old colleagues , friends, aquaintances and business partners shook hands and left the party .  It was now his time to leave.  His time to move on.
They had packed up all his farewell gifts and had arranged for a chauffeur driven limousine to take him home.  It was meant to be a grand send off.  The chauffeur in a spotless white uniform and white gloves opened the door for him.  He got into the limousine. He was too stoned to register the posh upholstery, the smooth drive, the pleasant fragrance and the overall ambience that the drive was supposed to provide him.
He looked out of the window and asked the chauffeur to stop the car. He said he wanted to take a leak.   The driver obliged, parked and opened the door for him. He stumbled to pull out his wallet. He intended  to give the chauffeur  some money, instead he gave his wallet and his home keys and asked the chauffeur to take his gifts home.  He told the chauffeur he would get home by himself.
He sensed that the chauffeur was hesitant and was worried about his safety.  He perked himself up, winked at him and told him he had to catch up with someone who was waiting in the park. He was safe and sound and would get back home soon, he assured the chauffeur. 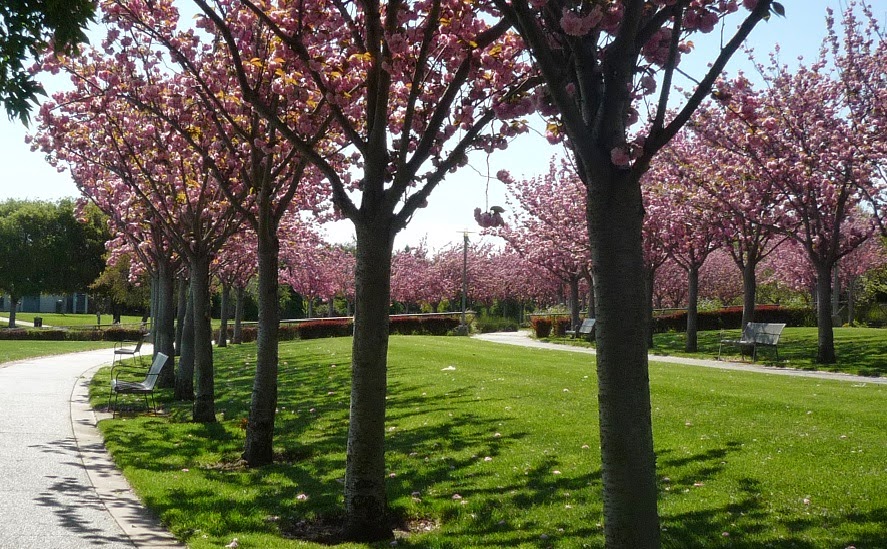 That wooden bench, under the old oak tree across the statue that stood at the far end of the speaker’s corner.  That wooden bench, knew his soul as intimately as a mother knew her child in the womb.  It was that bench that he would perch himself upon everytime his soul needed  to reflect or his mind needed to think through. 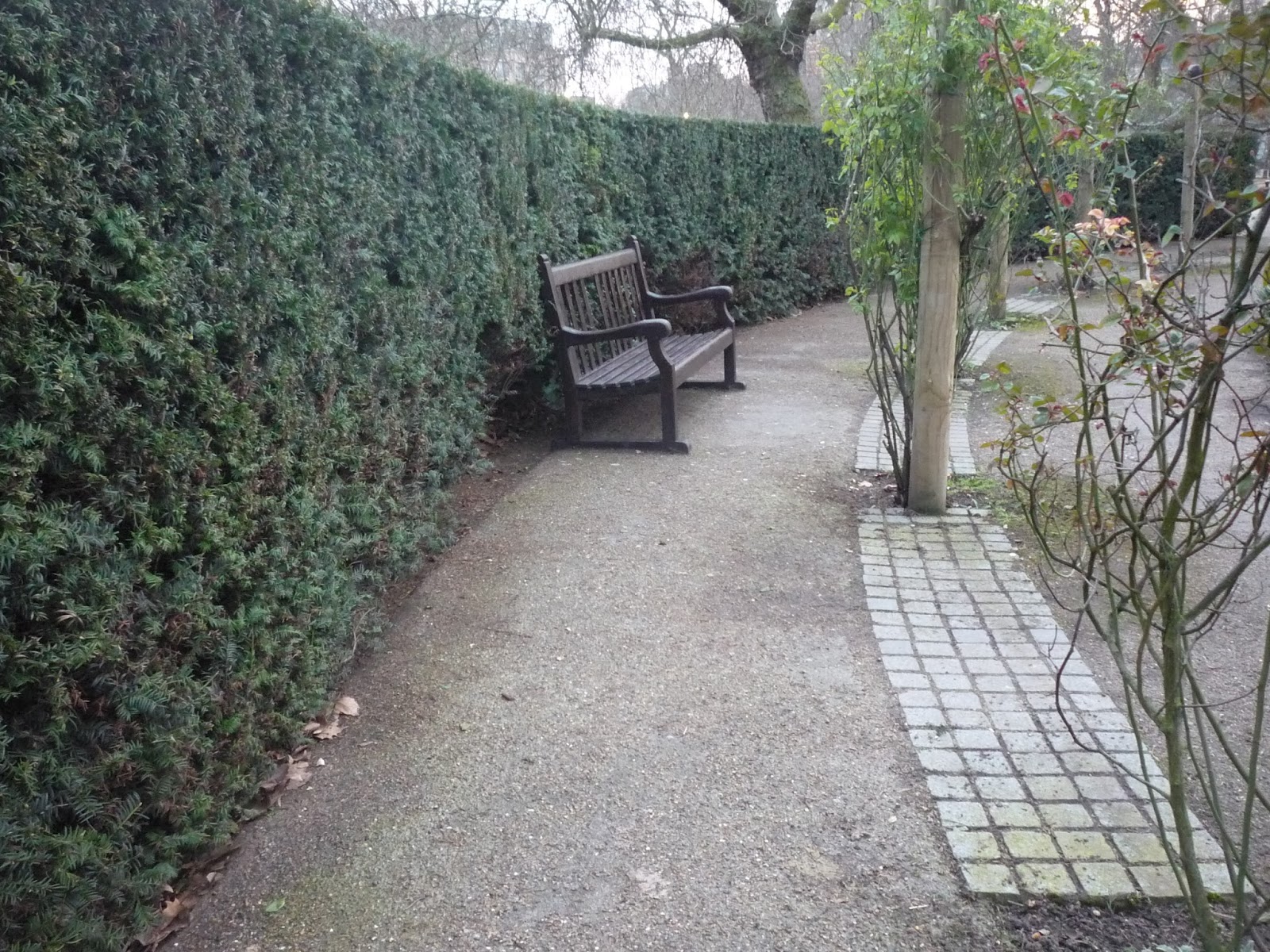 Like all those sturdy old trees that unfailingly bloomed and blossomed in the park, many thoughts, ideas, concepts  and patterns flowered and bloomed inside his head when he spent time in the park.

It was only natural that today the park beckoned him.


A ride back home on the luxury limousine  packed with all his farewell  gifts was the last thing on his mind.  The bench under the old tree in the park drew him to itself like a magnet to a piece of iron, everytime he needed it.
As he walked the length of the park, a group of people had gathered up around the speaker’s corner.  They were talking animatedly to each other and were very pleased to meet each other.
He peeked into the crowd to see what was going on.  This was a meeting of a group that had christened itself ‘H’- survivors.  They seemed too young to have been born before the time of the holocaust.  They were from all ethnic  backgrounds, the Asians, the blacks,, the browns and the whites. They were male and female. But mostly young, not very old.
He got a little curious and barged into a conversation between three people who had gathered for the meeting. It turned out that the three were meeting each other for the first time, although it seemed like they knew each other for years and had been through a lot of similar experiences.  Turned out that they  indeed knew each other for years and had been supporting each other through thick and thin. .
H-survivors was a virtual group dedicated to H. Abbreviated to signify ’ He.. who must not be named’. H- interestingly turned out to be their common boss . Although all of them worked for different organizations, they had all at some point worked for this boss ‘H’ as in ‘He... who shall not be named’.
They joked about ‘H’ and his idiosyncracies, his tyranny, his bloated sense of ego, how he screwed up someone’s marriage, another one’s weekends and in general everybody’s self esteem. They shared a camaraderie that revolved  around one common thing.  The hatred for H.
H -  who was either their current boss or  ex-boss.
It was a virtual group that had a sizeable following. About 99% of all H’s teams that H had worked with, all along his career were members of this online group. They were meeting today for the first time in flesh and blood after exchanging scraps and pokes over facebook and orkut.
Surprising they hardly poked each other when they met in flesh and blood.
He excused himself and walked on towards less noisier places in the park.  But he felt a sense of pride for the group that had just met at the speaker’s corner.  Apparently more were expected during the course of the evening for a get-together. 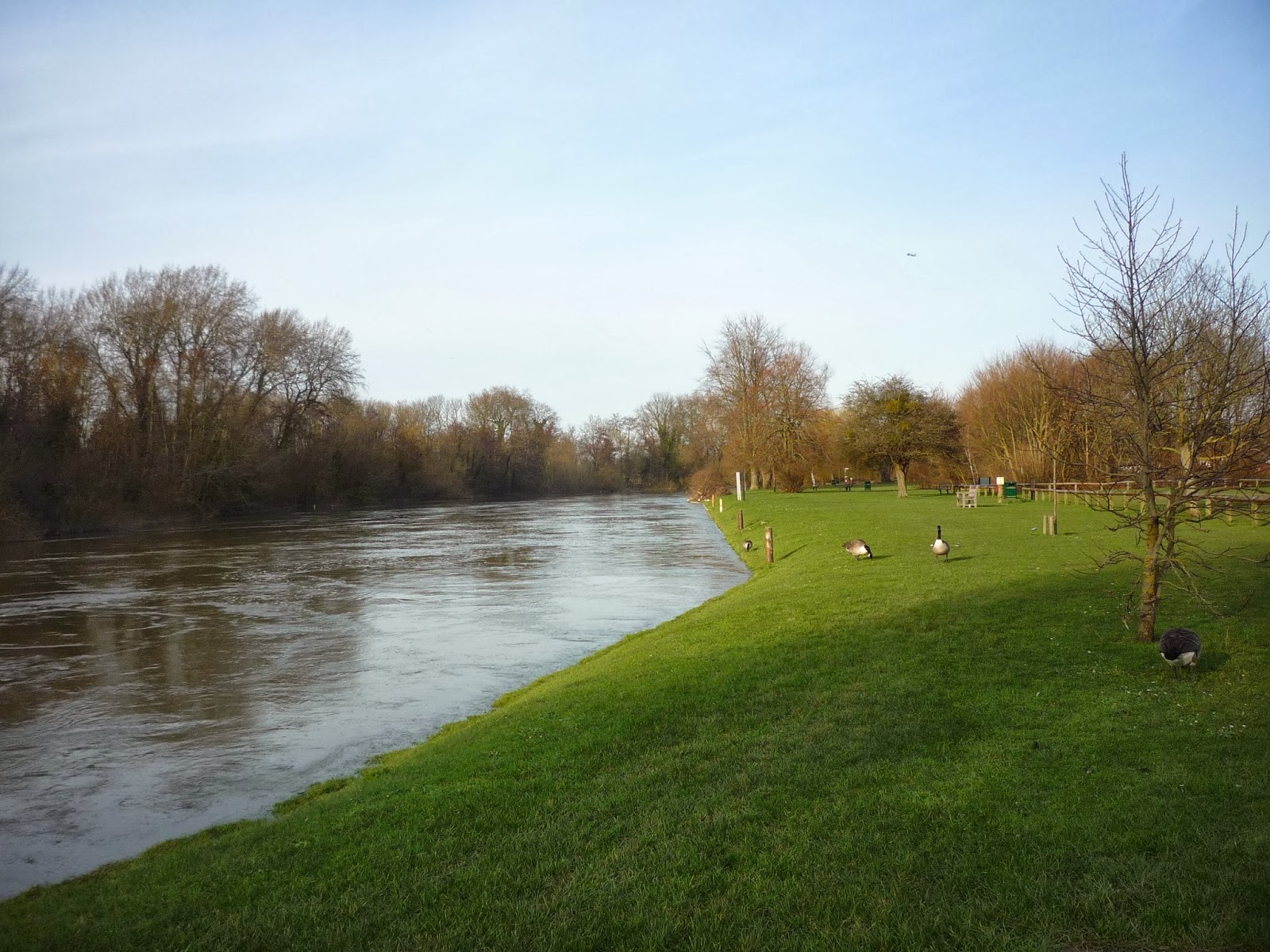 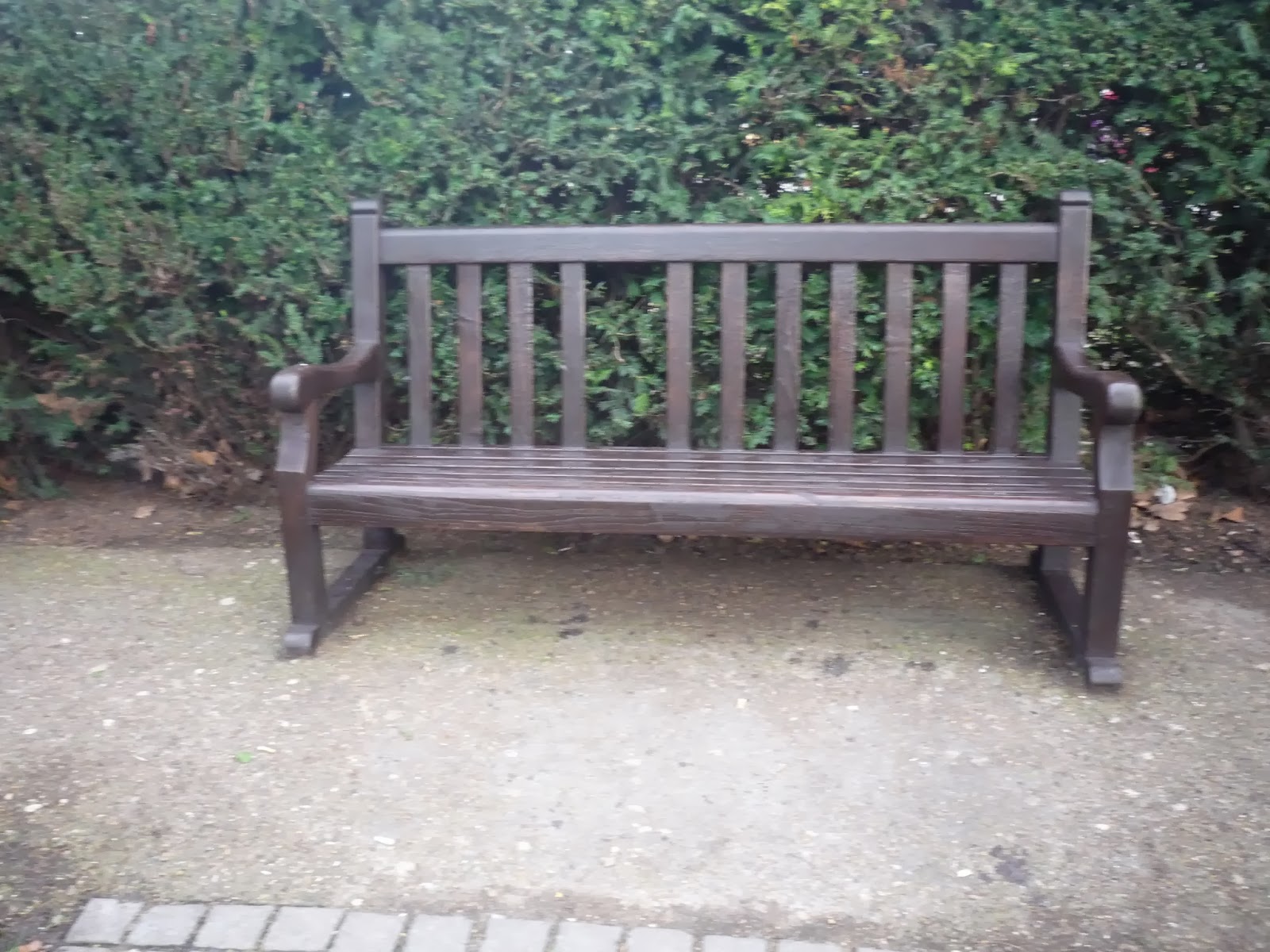 For him, life had come a full circle.
He sat on the bench and looked at the statue that had always stood there, come rain or shine, thunder or solitude, summer or winter.


Strange, he thought to himself. He had never bothered to check whose statue it was, in all these years.  He leaned across the rose bushes that fenced the statue to look at the name of the person whose bust had been staring at him  all these years when he sat on the bench under the big Oak tree thinking up his ideas and putting together his business plans and elevator pitches. 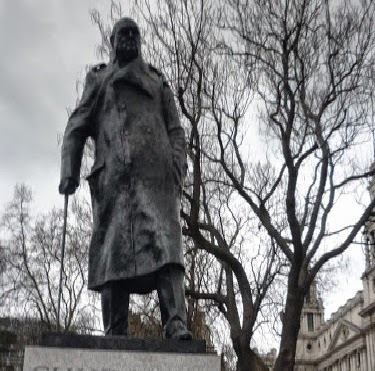 The name under the bust of the statue  was faded. All he could decipher, was that this was a person who lived somewhere in the 1700’s or 1800’s. He gave up and came back to sit on the bench .
The statue stared at him.  It even blinked and then winked at him.  He could’nt believe what he was seeing.
Naughty buggers, they must have rolled up something inside my  Cuban cigar, at the party he mumbled to himself.
The statue winked at him once again, bent down and now stepped down to move towards him.  The stout man with a stern look, that was the  statue, came and sat besides him on the bench. 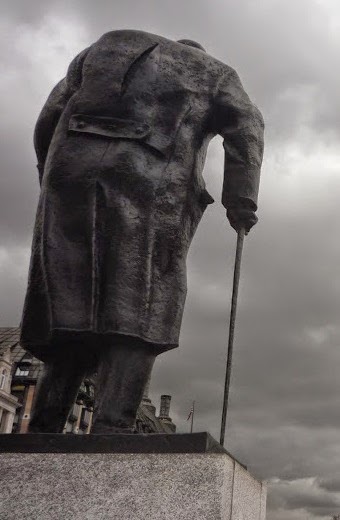 Calm down, my friend. You know me just as well as I know you. The statue replied.

I don’t know you. All I know is that you are the statue of some long dead man that I have never known.

Long dead body, may be. But the soul is eternal , my friend . The statue said with a smirk on its face that assured that it had come alive.

Ah .. the bloody stuff that they rolled into that Cuban cigar is playing the tricks in my mind, he mumbled to himself.

That is just the physical body playing tricks on you my friend, your soul is just as alive as it should be.

What do you know about my soul ? You old statue .

I sold my soul for 1.67 billion dollars, partied all afternoon, got stoned on  a Cuban cigar and am sitting here cajoling myself to believe that my soul, my passion, my life’s most significant contribution that has shaped this world today are all no more mine and will cease to exist in the future .

What would you know about  my soul ?

See those people poking each other , slapping each others backs and cracking jokes about their boss .. they were brought together virtually  by an idea that germinated in my head over here.  Right here, under your statue.   There were days when I sat under this tree looking at you with pangs of hunger rumbling in my belly while ideas, concepts and thoughts were brimming in my head .
Then there were days ...

I know it all young man . You do not have to tell me.  I know what happened, what is happening and what will happen.
It is called the cycle of life.
A few cycles ago, my body too was sitting here over in this bench , under this  tree, while ideas and thoughts and strategy were brimming inside my head.  Those were the days when there were more trees in the park and no motor cars on the road.
That was before my soul  left that body. But my ego slightly outlived that  body . For all the money that I had made and then bequeathed,  it made my benefactors and well-wishers  build my statue out here in the attempt to immortalize me.

What is in a name? My friend  the statue replied .

Well since you asked , let me tell you. I am anybody.  Any... Body
Call me Ozymandias, Tipu Sultan, Mohandas Gandhi, Winston Churchill, Alexander, Akbar,  Shakespeare, Shahjahan or Steve Jobs.
They are all statues in some park today somewhere in the world.

Listen ... my name is ...
I know you my friend. You are Büyükkökten
Orkut Büyükkökten

The world knows you for your creation – ORKUT.
The world will soon forget it all.
That is the way of the universe, my friend.

*******************************
This post is dedicated to all creatures living and dead that have known the pain of having to let go after putting their heart and soul in the hope of contributing something significant ( in varying degrees) to make this universe a better place to live in.


What if Orkut was a person and not a mere social networking site? What would he/she feel about the fact that he/she will cease to exist now. Orkut wants to talk to you, what will it talk?

P.S : Many of us received this email last week. This post is a fictitious account of Orkut Buyukkokten's laments on his baby being put down by September of 2014

A Farewell to Orkut
After ten years of sparking conversations and forging connections, we have decided that it's time for us to start saying goodbye to Orkut. Over the past decade, YouTube, Blogger and Google+ have taken off, with communities springing up in every corner of the world. Because the growth of these communities has outpaced Orkut's growth, we've decided to focus our energy and resources on making these other social platforms as amazing as possible for everyone who uses them.
We will shut down Orkut on 30 September 2014. Until then, there will be no impact on you, so you may have time to manage the transition. You can export your profile data, community posts and photos usingGoogle Takeout (available until September 2016). We are preserving an archive of all public communities, which will be available online from 30 September 2014. If you don't want your posts or name to be included in the community archive, you can remove Orkut permanently from your Google account. Please visit ourHelp Centre for any further details.
It's been a great 10 years, and we apologise to those of you still actively using the service. We hope that you will find other online communities to spark more conversations and build even more connections for the next decade and beyond.

- July 12, 2014
Email ThisBlogThis!Share to TwitterShare to FacebookShare to Pinterest